Trying to eat less carbs but still crave pizza? Story of my life. Cloud bread pizzas to the rescue! 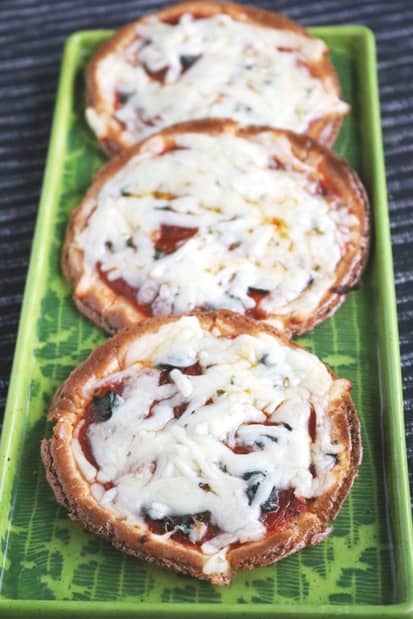 Remember when I used to participate in something called the Secret Recipe Club? It’s not reviving to it’s full form but we decided to get the gang back together for a one time reunion! I was assigned to Tina Marie’s blog The Gluten-Free Foodsmith. In all my years participating in the Secret Recipe Club when it was still active, I don’t think I was ever paired up with Tina Marie so I’m glad to have had this chance! A few recipes that were contenders included her lentil burgers because I keep saying I need to cook with more lentils, cashew brittle because there’s a local company that makes cashew brittle in Columbus and I’m now addicted, and avocado lime pie which will definitely need to happen once it warms up. 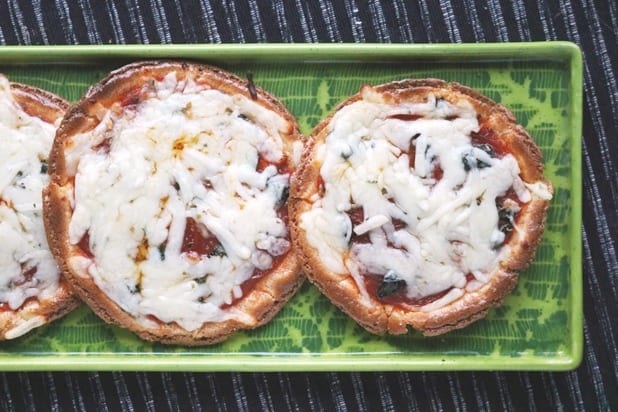 In the end I decided to make her Oopsie Bread Pizzas. Oopsie bread is a low carb bread, also known as cloud bread, that I have been meaning to try for quite some time. It seems simple enough, just beat some egg whites into stiff peaks, fold them into a eggs yolk/cream cheese mixture, and bake. 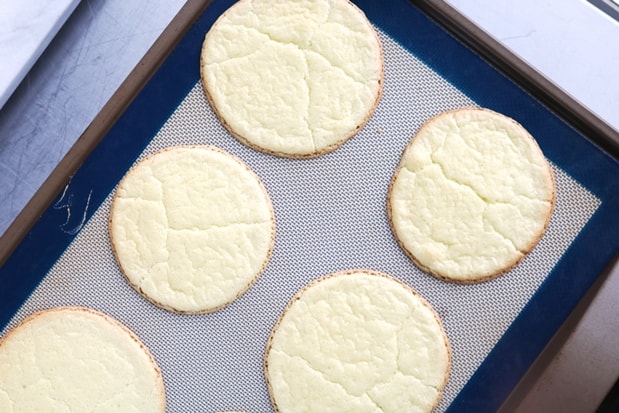 Unfortunately, despite my efforts to treat the whites with the upmost tenderness when folding them I ended up with pretty runny batter and thus pretty flat bread. Less of a cloud and more pancake-like. I almost scrapped it and started pondered a different recipe but then remembered that in her post she actually used them to make pizzas and these flat versions were perfect for mini pizzas! When I informed Bob there was a change in plans for dinner from veggie burgers to mini pizzas he did not complain. He may grow tired of eating pretty much anything after the second day in a row but give that man pizza and he could live off nothing else. 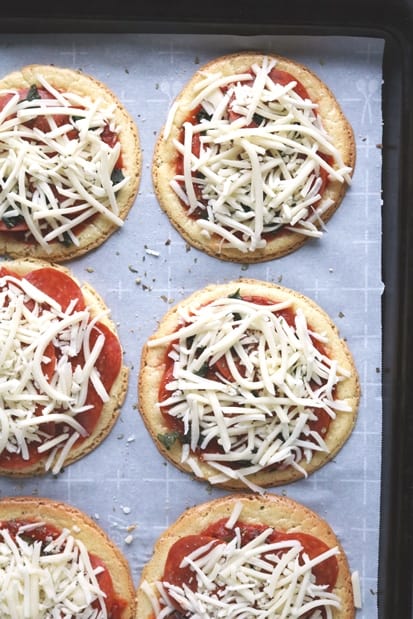 But I digress. We ended up making 3 mini pizzas each topped with whatever our hearts desired. I stuck with cheese, fresh basil, and pepperoni but Bob added some pickled jalapenos to his. While he actually prefers the cauliflower crust if we are going to make a low-carb pizza, I thoroughly enjoyed this version especially because it’s less ingredients and easier to make. However, the remaining 4 breads also turned into more mini pizzas over the weekend when I visited a friend in Chicago and left Bob to his own devices. Like I said, pizza diet.

Make sure to scroll to the bottom of this post to see the round up of everyone else’s recipes for the reunion! 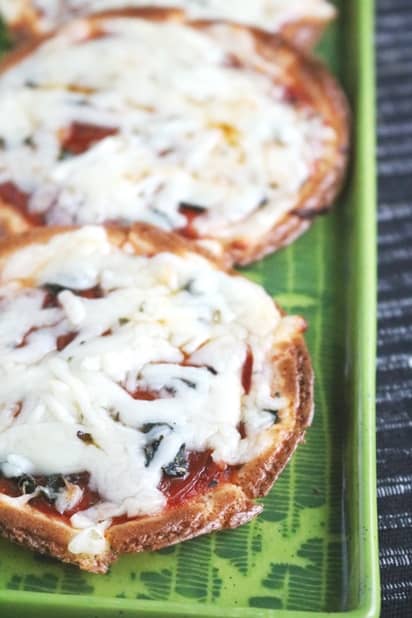 What a fun version of a pizza! These look awesome.

I have never made Cloud Bread before, but have been reading about it, and am intrigued. Printing your recipe so I can do it this weekend.
So sorry it took me a week to get here…I really enjoyed the SRC reunion, and I miss everyone!

Wow, the keto bread doing rounds converted into pizza! What an amazing idea to choose!

How fun! I have also heard of cloud bread, but haven’t tried it myself. Loved having your blog this time around!

These look great! I’m glad you could find a way to make it work when the bread came out unexpectedly!

I hate food waste so I’m always thinking up something!

I’ve heard of cloud bread, but havent tried it yet. It sounds good and those pizzas look great. I’m much like your husband when it comes to pizza. I can have some anytime :)

How can anyone resist pizza?! I’ve never tried cloud bread but am looking forward to it!

I’m with your husband. I could just have eaten a full meal and if, suddenly there is pizza, I want some.

I’m that way with desserts.

Erin, these look delicious! Thank you so much for trying out my recipe! Love your pictures, they make want to reach in and grab a couple.

Glad I did your recipe justice!