Love Reese’s? This is basically the breakfast version of a chocolate peanut butter cup served in the form of an overnight baked French toast. 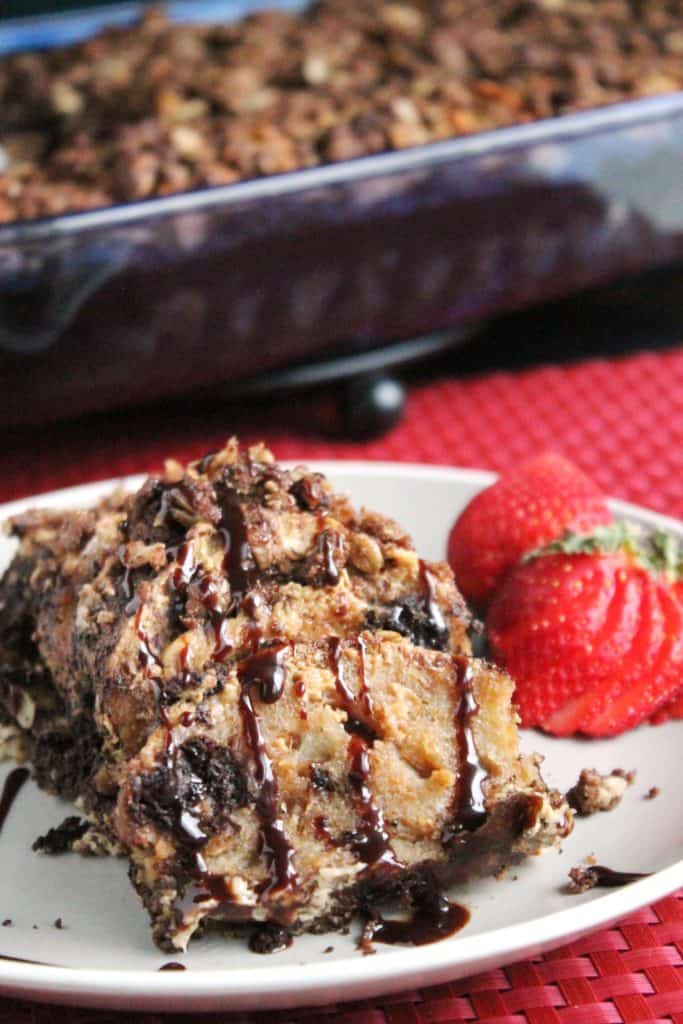 When it comes to the toast for breakfast trend, I’m still partial to the French kind. Sure I am kinda basic sometimes and want to put avocado on everything, but French toast is where it’s at (and I’m not sure avocados belong there). Especially when I can prepare it the night before and bake it in the morning, thus not standing over the stove top cooking each one individually in the morning. 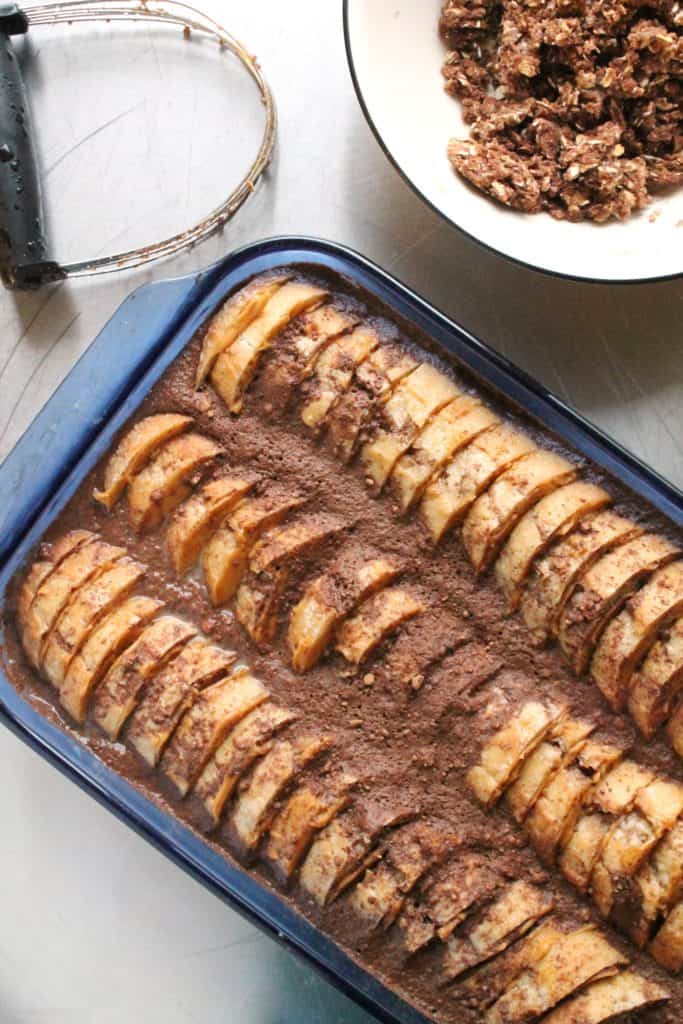 This version of French toast has straight peanut butter spread between each layer of sliced French bread, cocoa powder beaten into the egg-milk mixture in which the bread soaks overnight, and more peanut butter and cocoa powder in the streusel topping. So little peanut butter sandwiches soaked in chocolate and topped with a peanut butte rand chocolate crunch. Sounds like the perfect start to the weekend if you ask me. 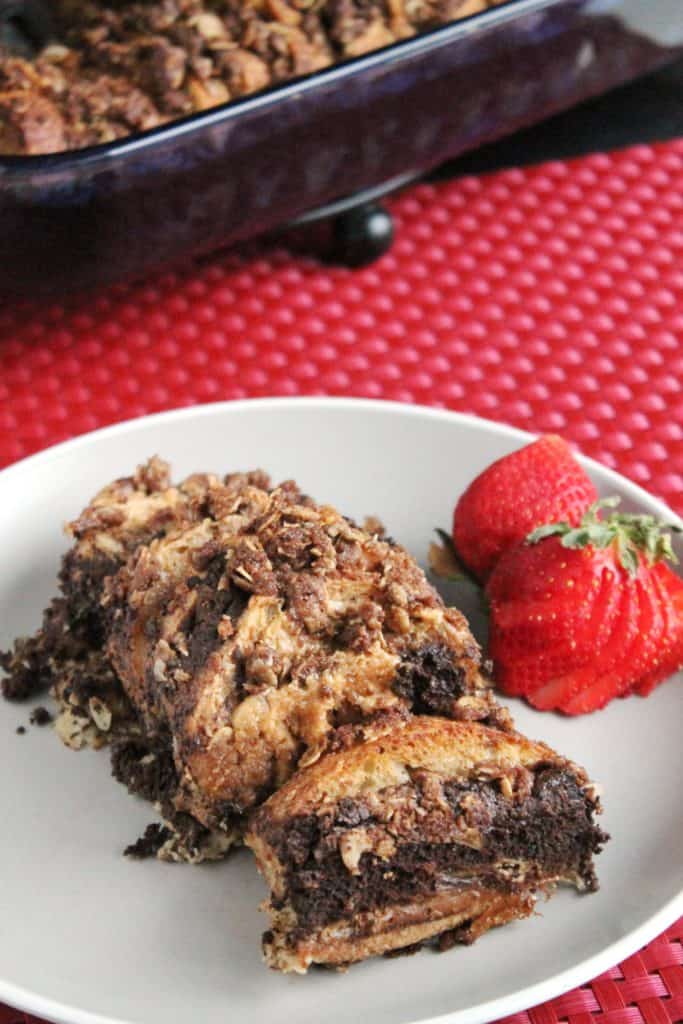 There are only 2 regular season games left in the Ohio State Buckeyes season including today’s last home game against Illinois. After today, we have Michigan away on Thanksgiving weekend and if we win out then we will go on to the B1G Championship game against Wisconsin. But what I’m getting at is that this year’s #PBChocSat series is nearing it’s end. Not that I won’t still post peanut butter and chocolate recipes, it just won’t be every Saturday. 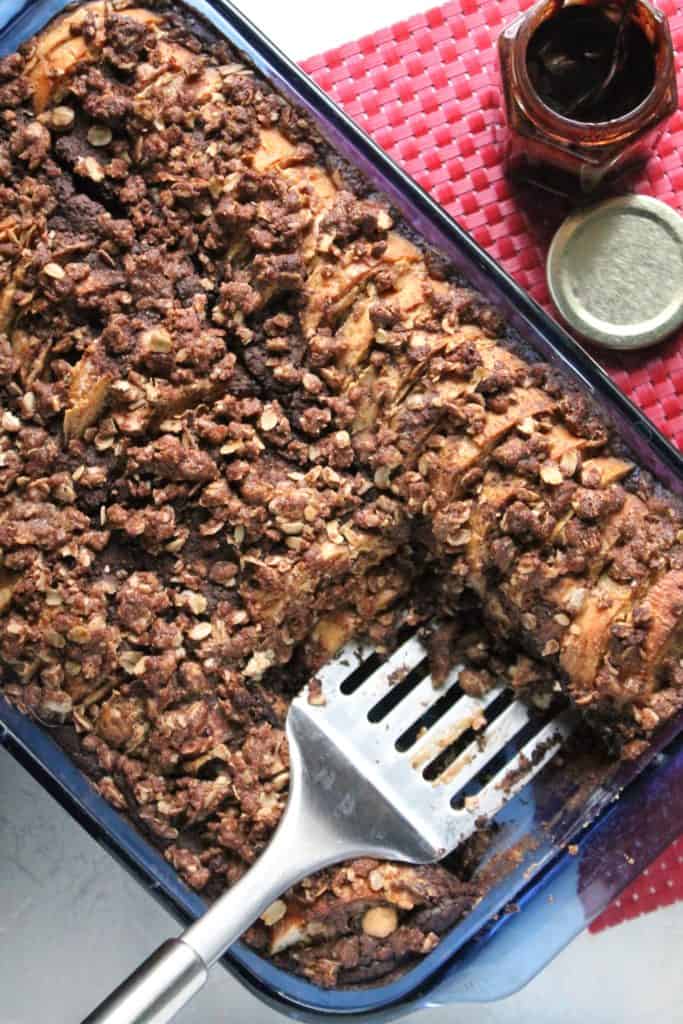 I actually already know what I want to make for next weekend and it’s gonna be great (as always). But for now I’m relaxing at home (because we sold our tickets to a friend again) until later when we eat our faces off at Bonifacio’s 1st anniversary Kamayanfest party! This French toast served as my larger brunch so that I can skip lunch and be ready for the feast at 5. Gotta plan ahead for these kinds of things. 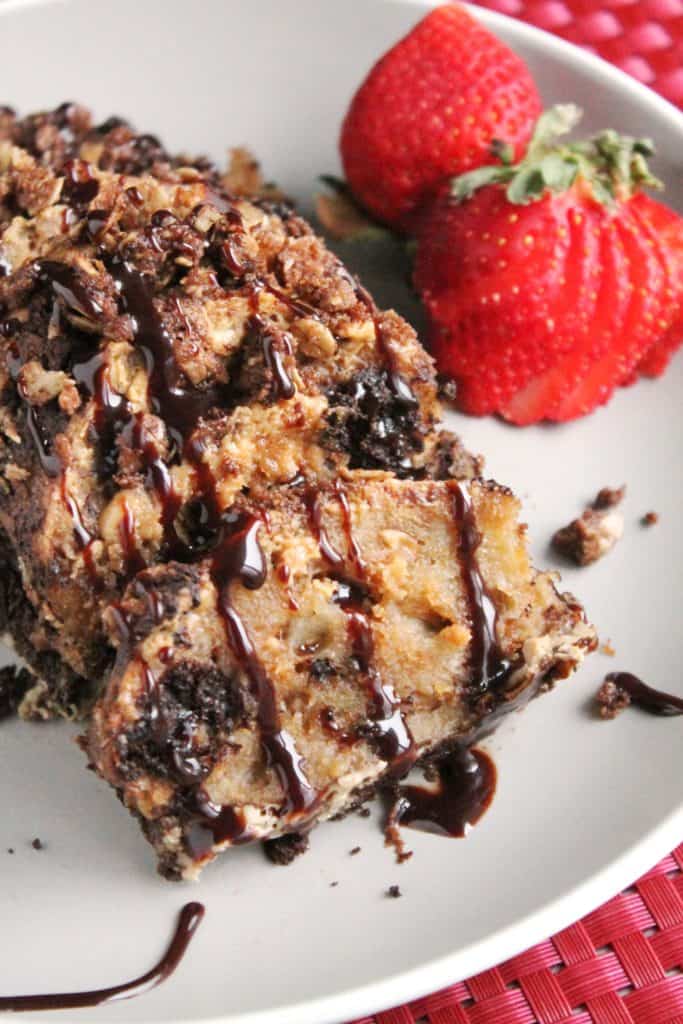 One year ago: Blackened Roast Turkey

I would probably have to forego eating for a week if i make this for breakfast, but I definitely want to try it. I guess I like to live dangerously in my old age. I really like the idea of just having to bake it in the morning – and having it all done at once (A couple of days ago I was making a standard type of French toast, cooking the slices individually, and ended up burning it somewhat because I had to take a phone call. Oops!) Something I tried yesterday, which can save time is to place the refrigerated pan of food in the oven when you turn it on. That allows the pan to come to room temperature faster, so it’s ready to cook by the time the oven heats up.

Maybe you could downsize the recipe? I think it’d be easy to cut in half or quarter.