Change up your quiche routine with a crispy hash brown crust baked in a cast iron skillet. Fill it up with broccoli, cauliflower, eggs, and cheese or any of your favorite quiche add-ins for a great way to start the day. 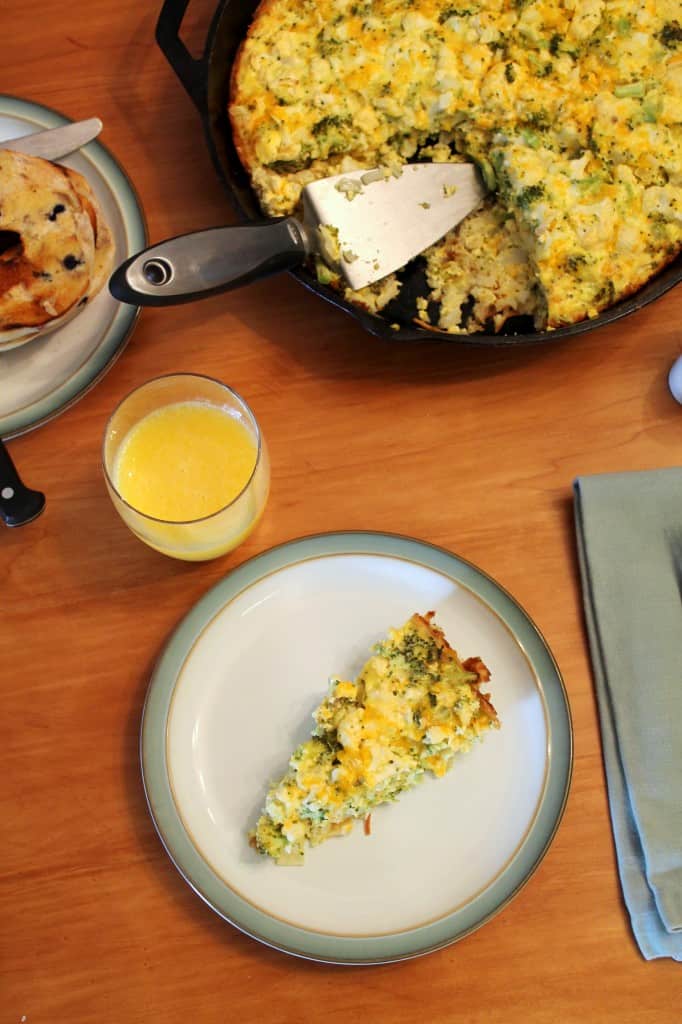 This post is a bit delayed but better late than never! While in LA Kate requested that I make a quiche one day for breakfast which was perfect because I had been wanting to try out a hash brown crust. Since my nephew Luke loves broccoli I knew I had to incorporate that into the quiche as well, which lead to the creation of this broccoli and cauliflower quiche with a hash brown crust! Instead of baking it in a pie pan, the quiche is baked and served in a cast iron skillet. Food is more appealing when presented in a cast iron skillet, don’t you think? If you don’t have a cat iron, use an oven-safe skillet or a 10-inch spring-form pan.

Living the lockdown, so I didn’t have hash browns. I made the filling and added two tablespoons of self raising flour which made it super light and fluffy. Best quiche ever, according to my hubby!

Glad you were able to make it without hash browns! Great tip for others, thanks for sharing.

So classic and simple, and definitely what I want for lunch right now : )

This quiche has certainly got it going on! ;) It sounds delish!!

YUM! So much deliciousness in one quiche! LOVE!

I love cauliflower and broccoli, but I rarely have them together! This sounds awesome!

Has brown crust!! This is so smart! I would trade has browns for the standard pie crust. Loving this!!

Mmm that crust is especially delicious looking!! Love this!