Combine taco Tuesday with pizza night by swapping out the taco shell for a pizza crust. Top it off with some cilantro sauce and you’ll wonder why you haven’t done this sooner. 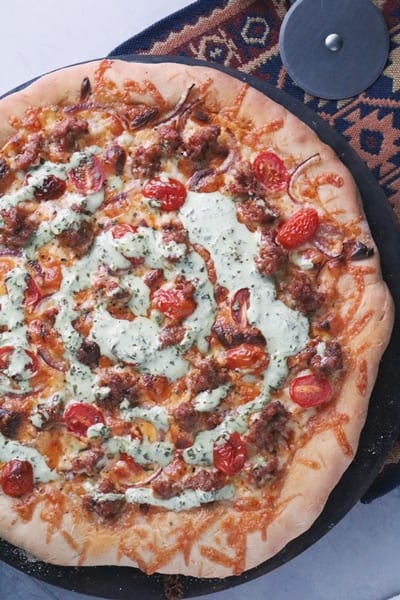 If you weren’t aware, I am one of the leaders for the Columbus Food Bloggers group here in Columbus, OH and one of the fun things we got to do was create our own pizza specials at a local pizza joint in town, Paulie Gee’s, which we dubbed #cbuspizzaleague. Every week a different blogger got to choose their toppings and a proceed of the sales wen to the charity of their choice! Mine of course was a BBQ creation, but I’m not here to talk about that. What we need to talk about is Kayla’s (Crave Columbus) chorizo taco pizza topped with cilantro sauce made from another local restaurant, Arepazo. 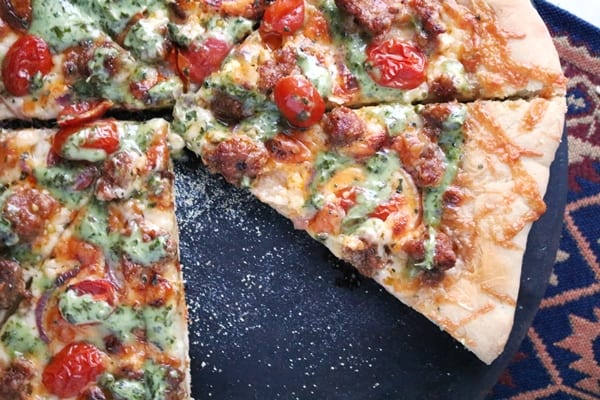 While I sadly missed out on trying the real thing, I added it to my list of things I had to attempt to recreate. After getting my hands on the bottle of that delicious green stuff (cilantro sauce) I knew it was time. A blend of cheddar, Monterey jack, and cotija cheese is topped with tomatoes, red onion, and chorizo sausage. After getting all bubbly in the oven it is finished off with a drizzle of cilantro sauce. And then I may have served it with even more cilantro sauce on the side. And yes you most certainly should make this for watching football this Sunday instead of ordering, because you know it’ll take over an hour for them to delivery due to being over loaded. Looking for more football food for this weekend? Scroll down! 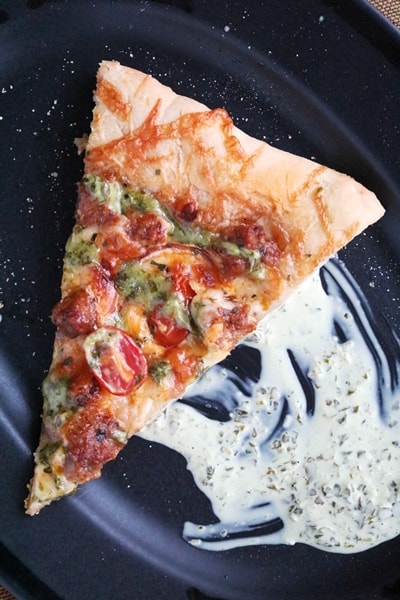 House updates: Bob buffed the wood floors on Sunday and we are currently painting the rooms that we want/need it. After that, we will move a bunch of small things by car first (mostly clothing and kitchen stuff so we can transition quickly) and then all the big stuff on Saturday. Which means we will be completely worn out by Sunday, ready to stuff our faces while watching the big game with friends. Thank goodness someone else is hosting! Hopefully I will be able to whip up something to bring, but it will likely be much simpler than this pizza. What are your favorite football foods? Check out the list of recipes from other bloggers below! 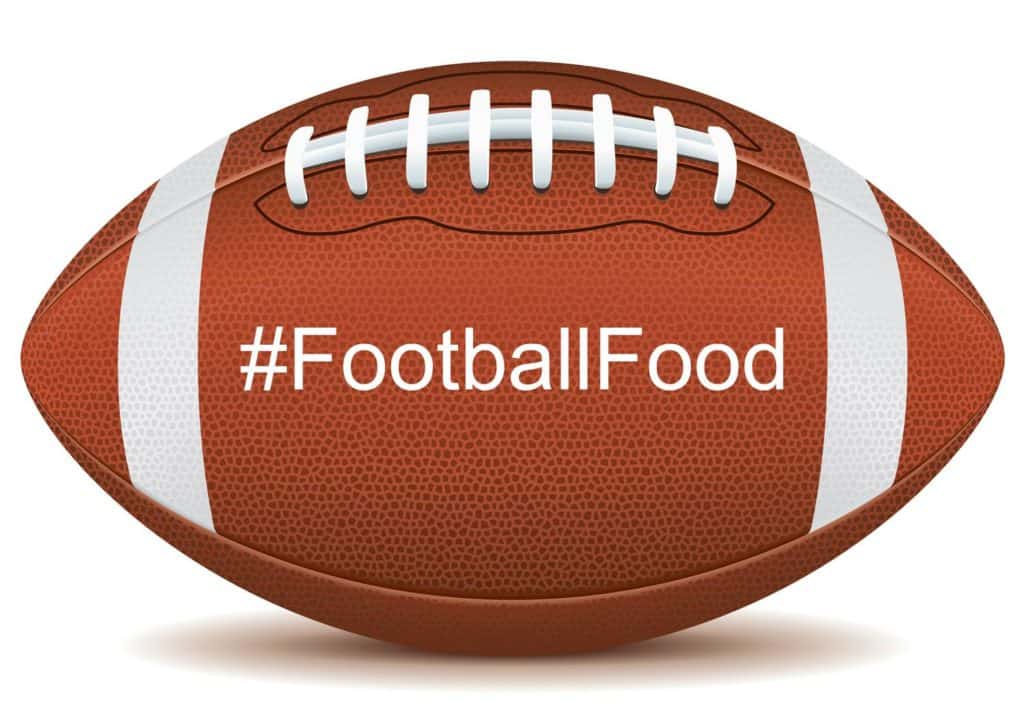 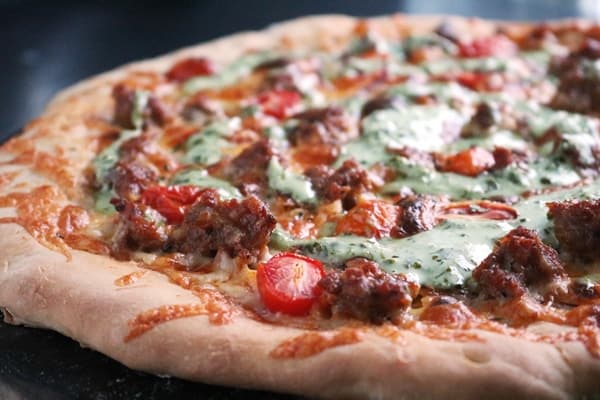 This looks SO good! I definitely need some of that creamy cilantro sauce in my life!

Tacos AND pizza? I’m there!

Alright, that sauce has me totally drooling!!! I think I need a slice ASAP!

This is hands down my new favorite pizza! Now I just have to get my family on board because we’re making this ALL the time!

One taste and they will all be on board!

We have a place in town with really good taco pizza, but your sounds even better! I love the chorizo and the cilantro sauce! Yum!

I love unique toppings! Classics are always good but it’s fun to experiment.

My daughter loves sausage and chorizo is one of her favorites. I’m sending the link to her to make her drool in the middle of the day.

What a fun weekly event! And this pizza sounds delicious.

I LOVE taco pizza but have never had it with a cilantro sauce, YUM!

You must try it!

I need to try this pizza. Change up our pizza night! YUM

I love experimenting with pizza toppings for pizza night! It’s my favorite way to use up random things in the fridge.

I’m definitely going to have to try this pizza. You are my go-to source for pizza recipes. I love the idea of the cilantro sauce, but I will definitely tone down the heat by using half a jalapeño in place of the serrano. I hope your move goes well and leaves you enough energy to enjoy the football game.

Thanks so much Susan! I’ve been slacking on new pizza creations lately but hopefully I will get back into it!

I’m loving everything about this pizza, especially that cilantro sauce. YUM

I will be making 2 of your recipes for Super Bowl sunday at the Krolls.
Apple Fritter Bread and Buckeye Cheesecake Cake.

Oh yay! Those are both good ones. You’ve made the apple fritter bread before, right?

Pizza is my very favorite food, and this version is calling my name!

That’s one great looking pizza! So much better than take out and sure to be a hit at any party.

Oh my, this sounds amazing!