Turn your no-churn ice cream tropical with the addition of coconut! Then add some chopped pistachios for a real treat. 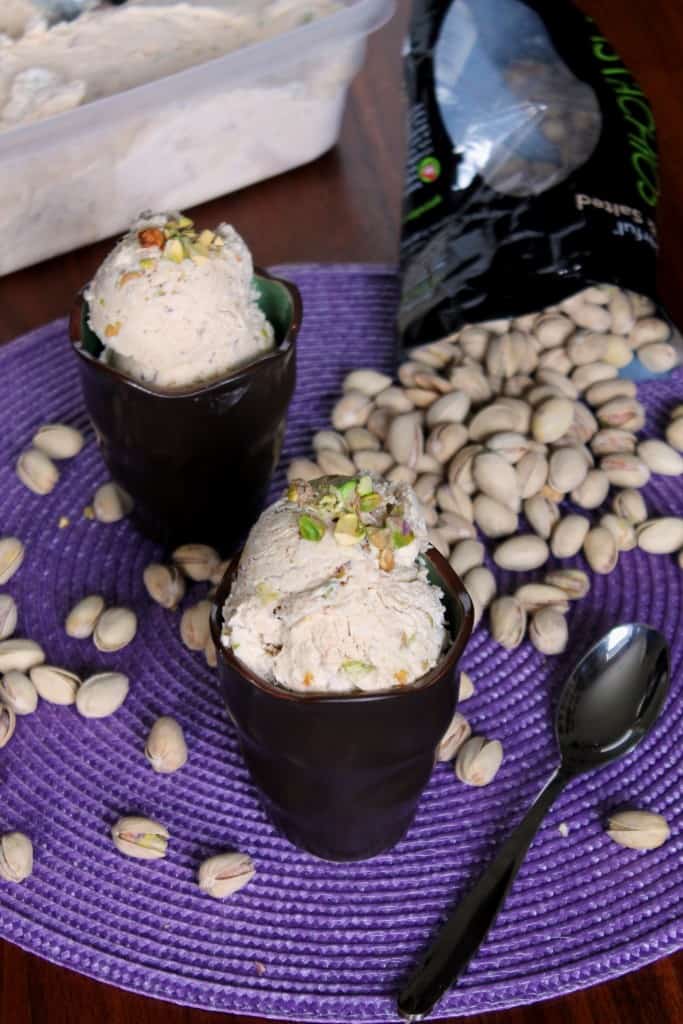 Ever since discovering the cheat method to make ice cream without an ice cream maker I rarely bust it out. With one less day of preparation and no need to remember to freeze the bowl, it means I am one step closer to having homemade ice cream in my belly. And the more time I have to play with creative ice cream flavor ideas! Being national ice cream month I’ve been slacking a bit but hey, I managed to squeak one in! Today’s flavor comes to you from a recipe I found in a cookbook dedicated entirely to no-churn ice creams aptly named “No-Churn Ice Cream”. I used the  recipe for toasted coconut ice cream and added some chopped roasted pistachios. 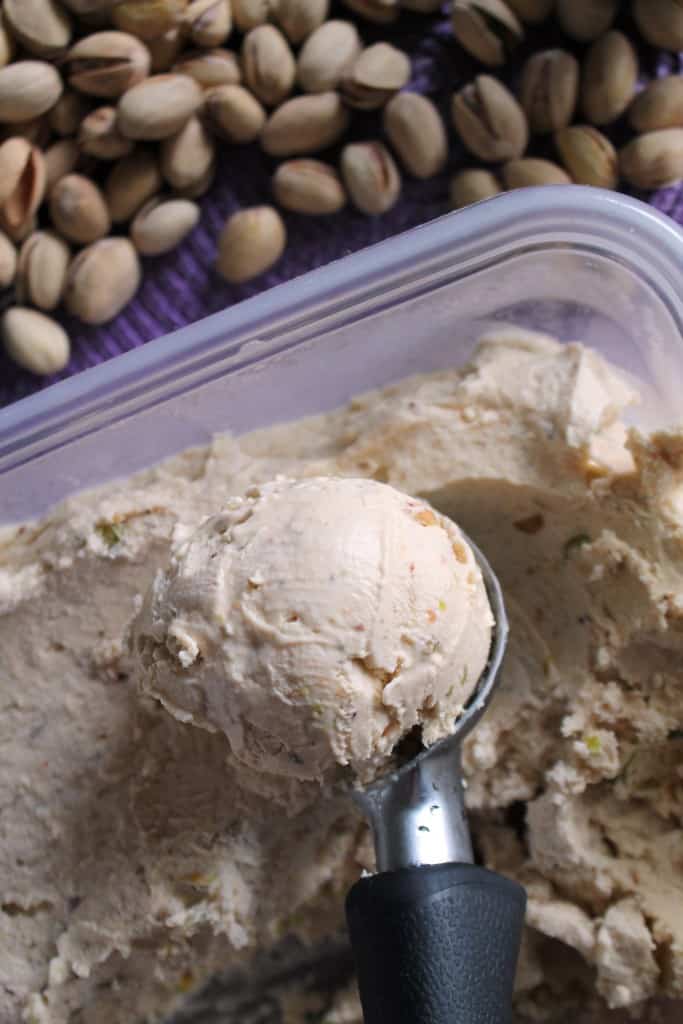 Today is also Bob’s birthday! Since it is restaurant week, we will be dining at Lindey’s tonight to celebrate. This ice cream is also partly celebratory because that man loves his pistachios. Whenever I add pistachios to the grocery list he pretends to refuse to buy them unless he gets to eat them rather than me hoarding them for a recipe. While I did use pistachios in this no-churn coconut ice cream, I manged to leave plenty of unused pistachios behind for him to snack on later (as made evident by the cascading nuts in the background of these photos). Now to resist the urge to use them in another recipe… better act fast Bob! 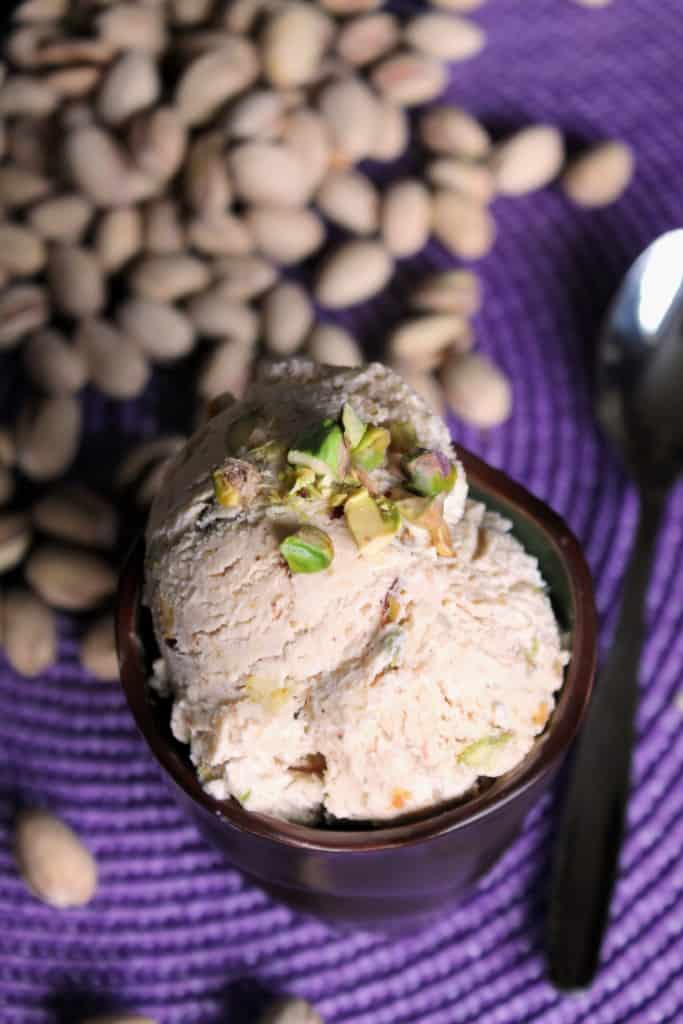 One year ago: Creamy Peanut Chicken with Rice

Items you may need (affiliate links):

Made something from the blog?

ooooh I do love the creativity! I still need to bust out my ice cream maker, though lol

This looks amazing! Love the coconut milk base and pistachio ice cream is such a classic :)