There are a lot of recipes out there but these are the 10 recipes that fall on the sweeter side that I turn to most often because they are tried and true. 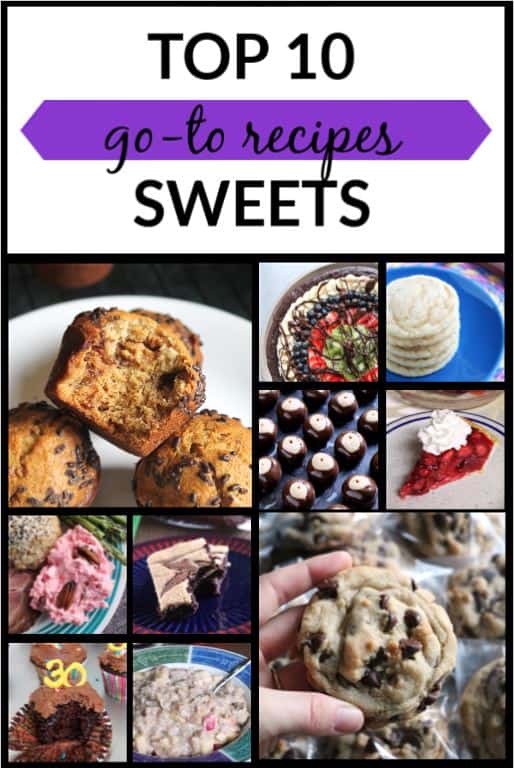 As of today I have hit “publish” 1,984 times, almost all of them containing at least one recipe. So when I set out to make a list of go-to recipes you can understand my plight. I adapt so many recipes from each other it’s often difficult to keep track of how many and what versions I have made, let alone pick a favorite. So I decided to compile a list of recipes that I rarely change because the originals are the best that they can be. But even with that criteria I still had a difficult time narrowing it down to 10. To help I split it into sweet and savory lists starting with the sweets because that’s what life is all about! Check out the recipes that I cannot find better versions of below:

1. My Favorite Chewy Chocolate Chip Cookies – Even though this might be the most adapted recipe on my blog you cannot beat the original chocolate chip cookie. Sometimes I brown the butter and/or sprinkle the tops with coarse sea salt, but the recipe is simply perfect the way it is. There’s a reason it has “my favorite” in the title and is the #1 recipe visited on my blog every single day since it was first posted. 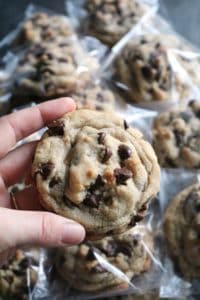 2. Apple Harvest Oatmeal – Call it nostalgia, but my favorite oatmeal will always be my dad’s, so when I crave oatmeal this the is recipe I use. I might change the fruit or nuts depending on what I have available but the apple version is the best! 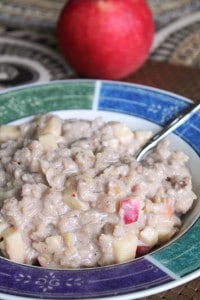 3. Chewy Sugar Cookies – Ok yes this also has it’s fair share of adaptations, especially recently, but this is the recipe I always turn to do a perfect drop sugar cookie. It also happens to be particularly great for making ice cream sandwiches ;-). 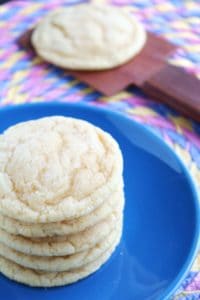 4. Chocolate Cake/Cupcakes – When I say a chocolate cake is good, it must be really good because I don’t usually ever want chocolate cake. If it’s the only option at a party, I will usually decline and I NEVER turn down dessert. I find most chocolate cakes to be dry but this one is rich and moist. While the cake/cupcake recipes has appeared in other forms, the base is always the same usually just with different toppings. 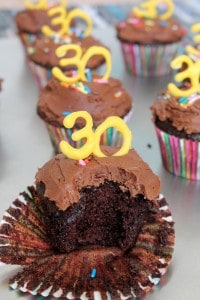 5. Buckeyes – Seeing as I make these at least once a year they had to be on the list (again yes yes I have made adaptations but you cannot beat the classic). I may not have been a Buckeye until attending OSU for college in 2003 but buckeyes are forever in my heart and in my belly :-P. 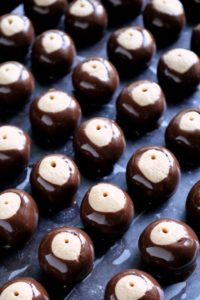 6. Gluten-Free Brownies – With one of my best friends having celiac I’ve dabbled in my fair share of gluten-free baking and these brownies are the best. Made with cornstarch instead of other gluten-free flour substitutes these are rich and fudgy, just the way a brownie should be. You don’t have to follow a gluten-free diet to love these babies. (The recipe linked is with a tahini swirl because I haven’t posted the recipe by itself but obviously you can leave out the swirl.) 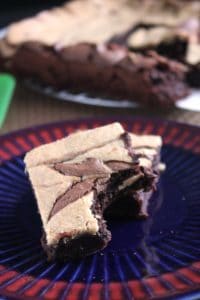 7. Banana Peanut Butter Cup Muffins – Everyone has their preferred banana bread recipe for using up brown bananas and mine comes in muffin form and obviously involves mini peanut butter cups. I made a healthier version once with dark chocolate chips but you really cannot compete with peanut butter cups. 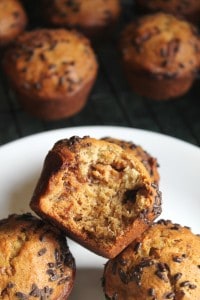 8. Brownie Fruit Pizza – Most fruit pizzas have a sugar cookie base as the crust and you would think as not a huge chocolate fan that would be my preferred version. I cannot explain it but the brownie version reigns supreme according to my taste buds. Maybe it’s the drizzle of chocolate-hazelnut spread on top. 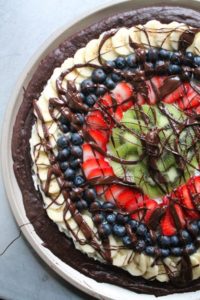 9. Mom’s Investment Salad – This is a must at pretty much every holiday. There is some question about how it got it’s name but it’s basically my mom’s version of ambrosia salad. Made with cool whip, sweetened condensed milk, sour cream, a packet of Jell-O (usually strawberry for me), crushed pineapple, mini marshmallows, and chopped pecans. 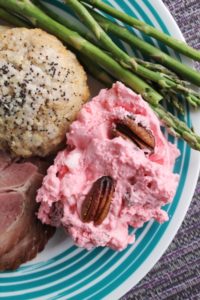 10. Fresh Strawberry Pie – If I have a bounty of strawberries that I somehow cannot east fast enough, I will often make this pie (it was a toss up between this and pretzel salad). While the crust is baked, the gelatin filling is prepared on the stovetop but the strawberries are only mixed in once cool so they retain their freshness. Serve with a dollop of fresh whipped cream!

This a great collection of dessert recipes! Thanks for sharing.

Haha that is a real problem

So many yummy sweets here! Fresh Strawberry Pie is a favorite of mine and that brownie fruit pizza looks scrumptious!

I love fresh strawberry pie, more than cooked! You definitely need to try the brownie pizza.