Don’t let a homemade cannoli intimidate you. If you can find the shells premade they are easy as pie. Easier in fact. And they are stuffed with peanut butter! 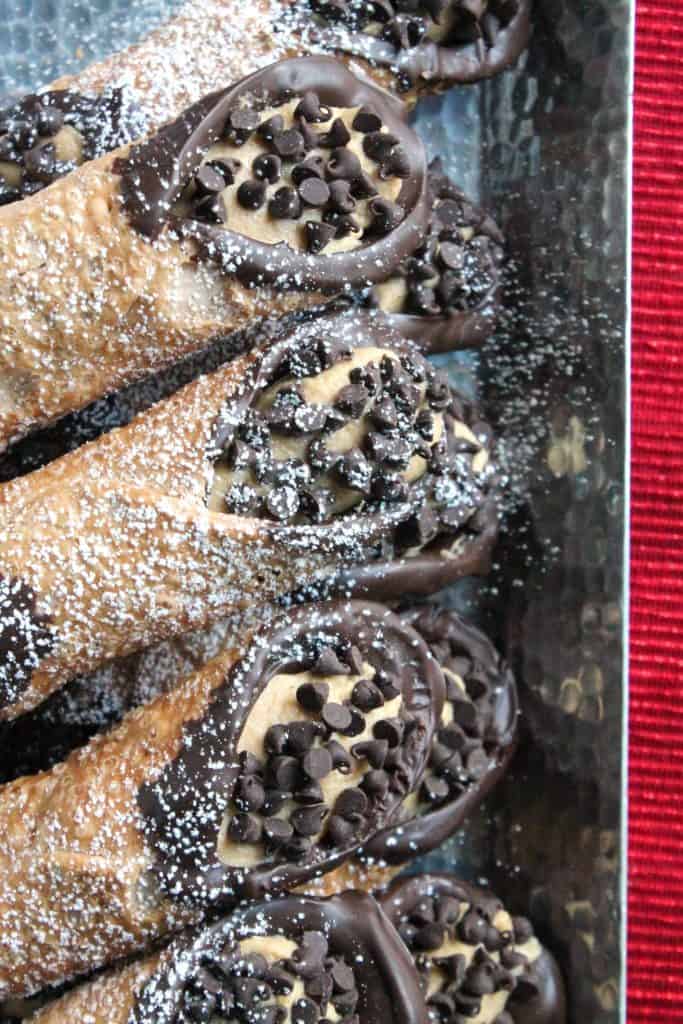 Guys, I stuffed cannoli shells with a peanut butter ricotta filling and it’s the greatest thing to happen to a cannoli in history. I might be biased but these are legit. I was actually told by a friend who stopped by while I was making them that I’m not allowed to give him any more food like this, otherwise he’ll be huge. I’ll take that as a compliment ;-). 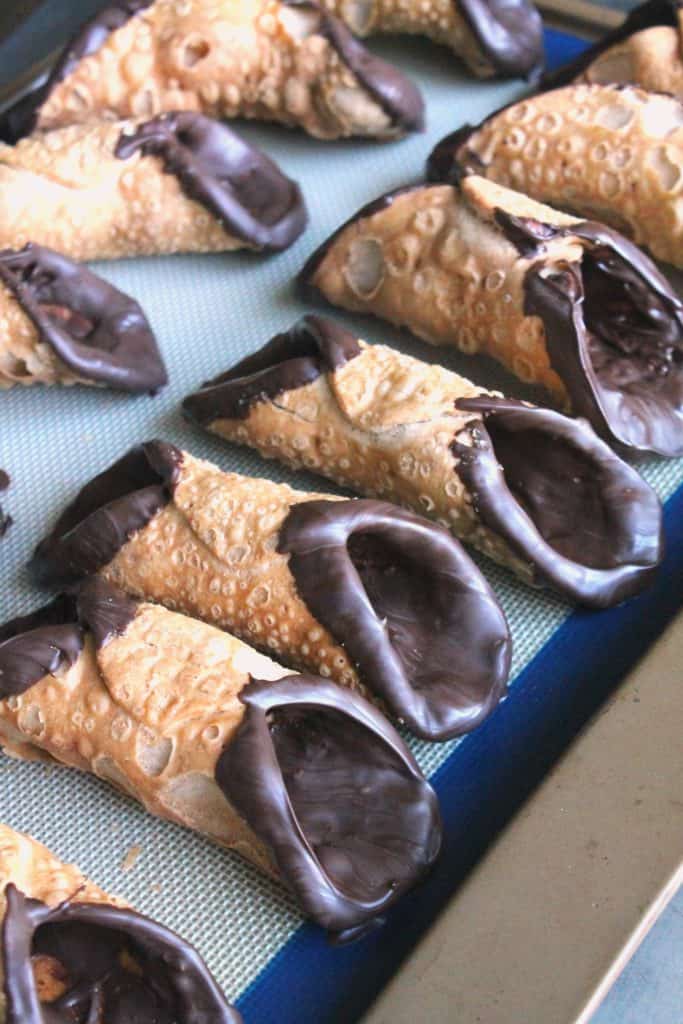 Normally, you would only dip the ends in chocolate and only fill them right before serving to avoid a soggy cannoli, but sometimes we don’t have that ability. In an effort to battle this dilemma, Bob helped me coat the insides of each cannoli shell completely with chocolate. As if anyone would really have an issue with there being more chocolate in the first place. Then I was able to fill and store them in the fridge for a couple hours before transporting them to our friends home-gating party for the Rutgers game tonight! 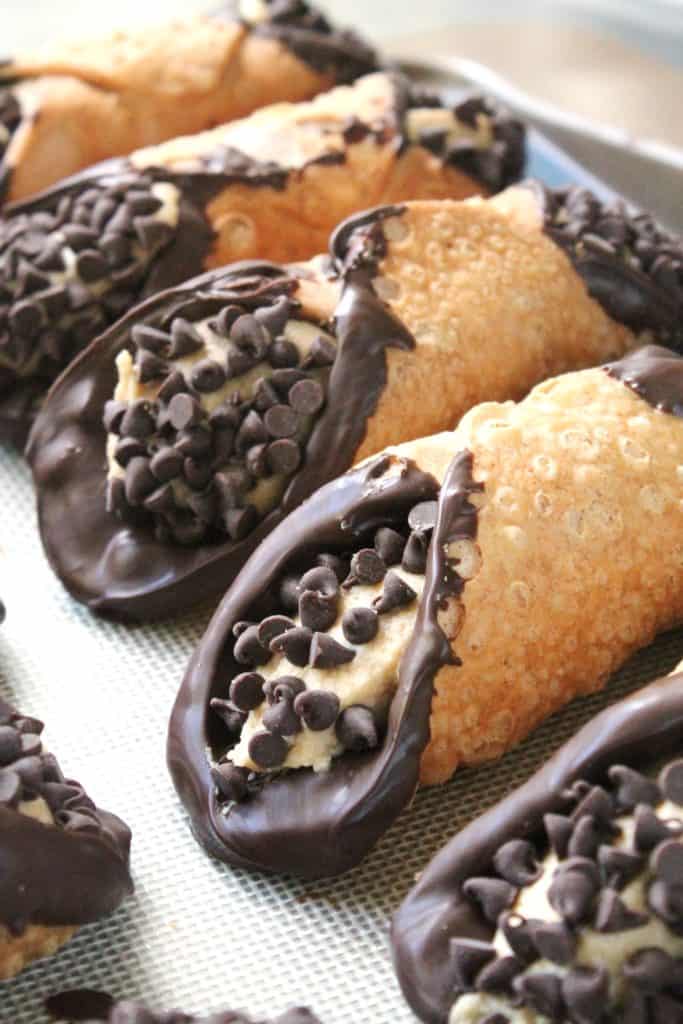 Originally I had planned on finally using my cannoli forms to make them homemade but whenever a step involves frying I wimp out. It’s just such a mess to clean up and such a process! And all that oil… ugh. So I took the easy way out and bought them. Well, it was easy until they were difficult to find in stores. Apparently you can buy all kinds of frozen phyllo shells but there are no cannoli shells to be found. Thankfully I succeeded, otherwise I would have been buying a jug of oil instead. 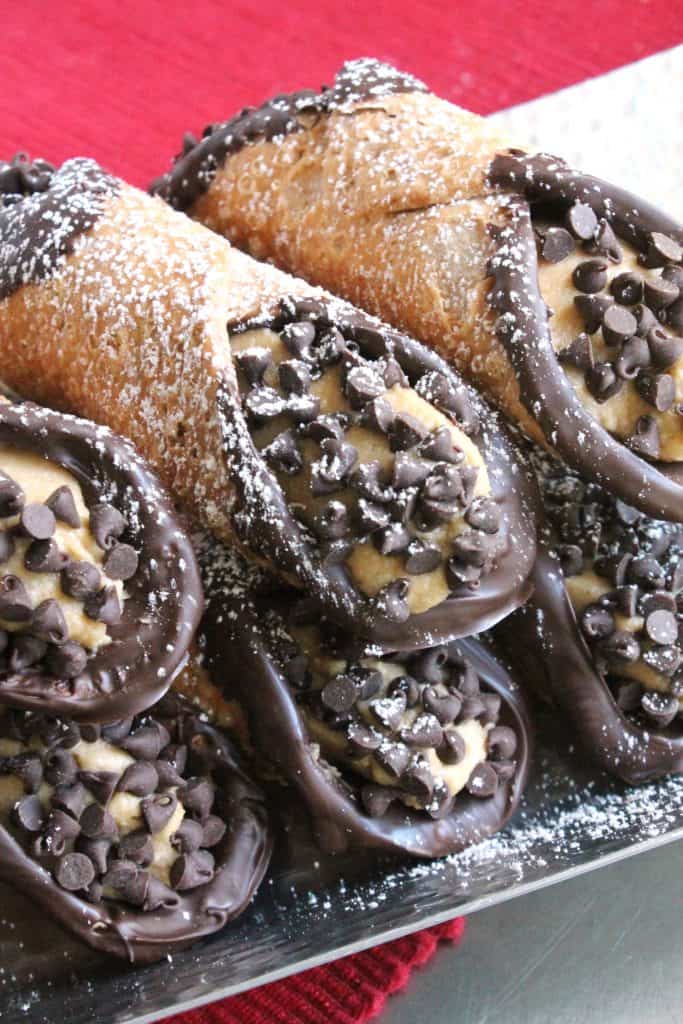 Using premade shells makes this elegant treat as easy as can be. Just melt the chocolate, dip (or coat), refrigerate, mix the filling while the chocolate sets, and then pipe in the filling! You don’t even need a fancy pastry bag of tip. I like using a big zip-top bag with the corner cut off. Then if you want to really impress people, sprinkle extra chocolate chips on the ends and dust with powdered sugar. Easiest fancy treat I’ve made in awhile! 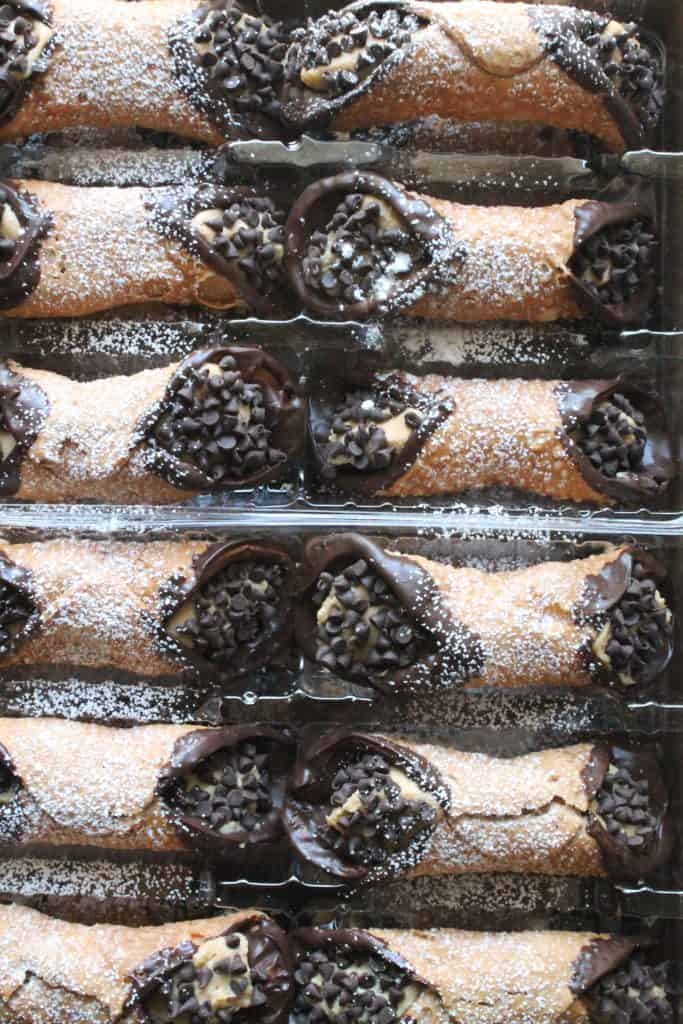 One year ago: M at Miranova

*I coated the entire inside of my shells because I was preparing them a few hours in advance and didn’t want them to get soggy.

Source: Adapted from Alessi and my Peanut Butter Pierogies with Chocolate Dipping Sauce.

OMG! Those look amazing. Where did you end up finding the shells?

I bought them from the bakery of a grocery store in town… I’ll explain my vaugeness. The bakery doesn’t normally sell the shells because they are supposed to fill and sell them, but they made an exception and told me not to tell anyone. In fact she told me to tell people I made them haha.

If I could spare the calories and eat a reasonable quantity of chocolate I would definitely make these, and would definitely try to find pre-made cannoli shells. I’ve been cooking for a lot of years and have never had the courage to try deep frying, for all of the reasons you mention. Since I won’t be making them, at least I can dream about them!

This is why even at 32 I tend to make treats like this when I know I am going to a friend’s house so that I can pawn them all off. I enjoy 1 or 2 and then give them to the masses!

Who are you calling chicken (salad)?


Originally planned 3 recipes for #CranberryWeek but I've been traveling so much for work it's a miracle I participated at all. So while I'm tapping out after today, stay tuned for more from other bloggers the rest of the week!