Ragu like you’ve never seen it before, with chorizo, black beans, spinach, and peppers. Then it all gets stuffed into a spaghetti squash. 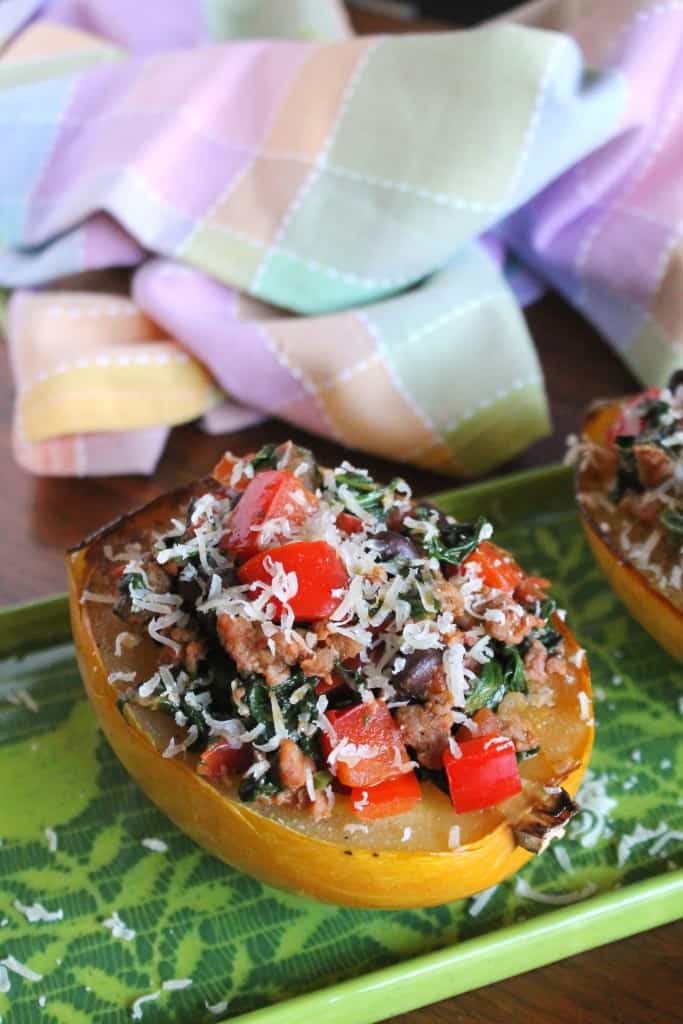 It’s time for Secret Recipe Club and this month I got to select something form the archives of Nora’s Natural Noshing. She actually had me back in 2013 and she tried my Slow Cooker French Dip Sandwiches and I was excited to return the favor. At first I was tempted to make her Butternut Whoopie Pies with Goat Cream Cheese Filling because um goat cheese filling? Then I spied her Sausage, Kale, and Squash Soup and dreamed of coming home to it after a cold day. Heck it would have be just the thing I needed after Ohio State lost to Michigan State on Saturday, when I couldn’t feel my toes after watching that heart breaking end from the stands. But I digress. 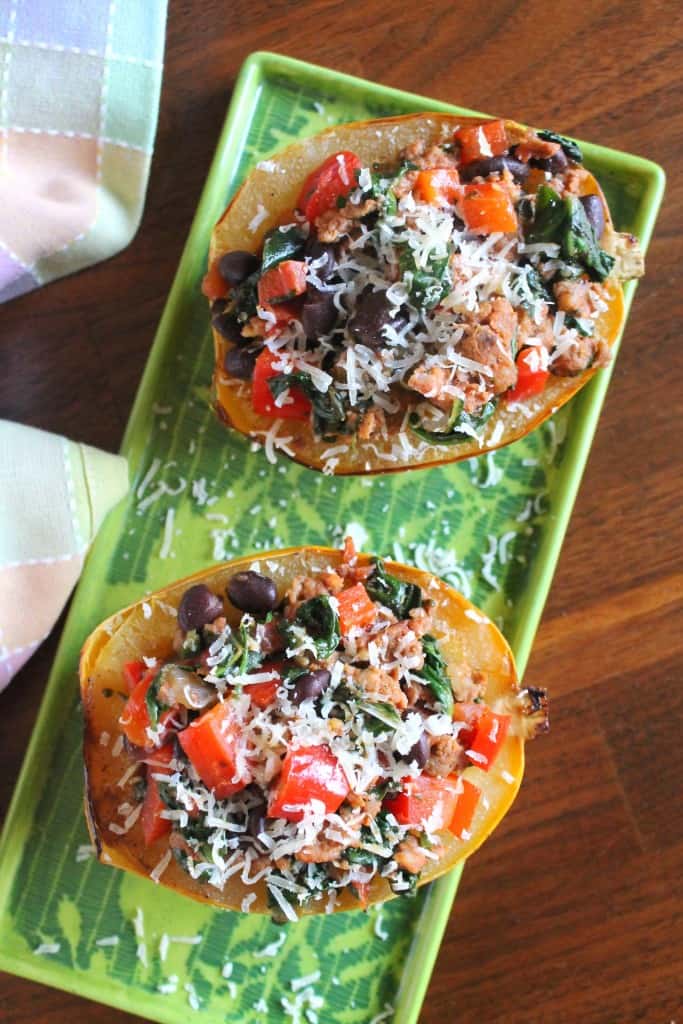 In the end I went with her Chorizo Ragu over Spaghetti Squash but instead of scraping the spaghetti squash out of it’s skin I decided to stuff the ragu inside, using the squash as an edible bowl (except for the skin of course). When the ragu was cooking I couldn’t wait, the aromas coming out of the pan were delightful. The scent captivated Bob into venturing into the kitchen and he couldn’t help himself but to try it before I was even done. He proclaimed it to be a perfect combination of flavors and I cannot say I disagree. 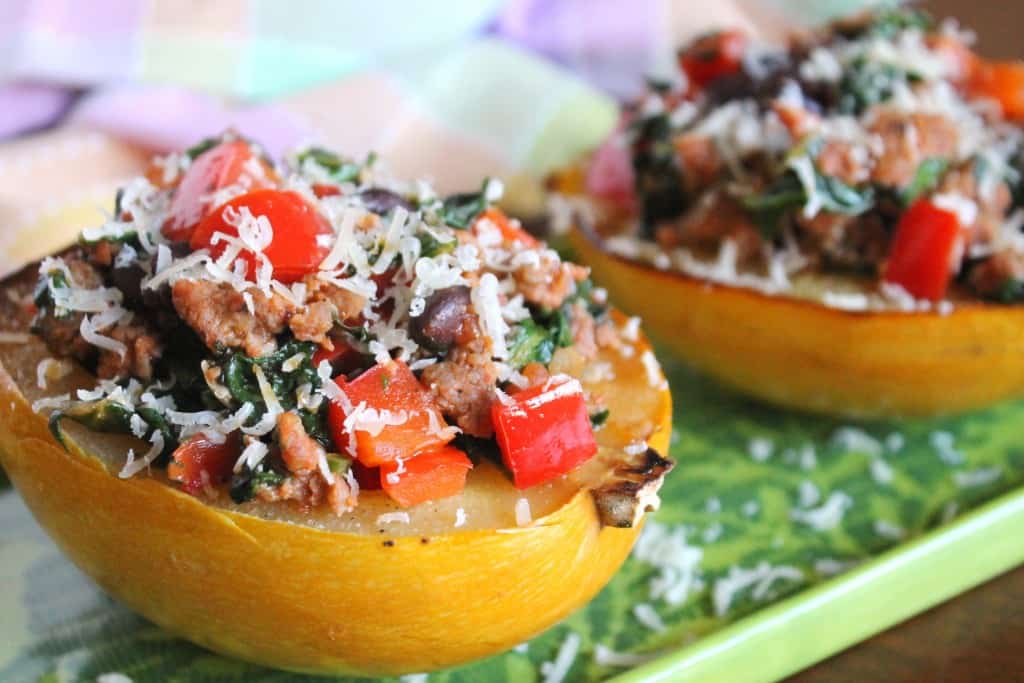 YUM….I think this ragu would be perfect stuffed in other squashes as well. Great recipe.

Spaghetti squash is a favorite but I have never had it stuffed. I definitely need to get on that trend. This sounds delicious. Great pick!

I see we were on the same page in choosing sausage ragu for this month! I love how you just baked it in the squash – that’s super clever!

Happy reveal day! I’m so glad you and your hubby enjoyed this! Great idea to serve it in squash boats :) I’ll give that a try!

Haha just my boyfriend but either way, thanks for the great recipe!

This definitely sounds intriguing. I’ll add it to my queue…

What a delicious looking dish! The squash bowls are brilliant!

I am always searching for new ways to use spaghetti squash, which is a favorite side dish, but your recipe takes it to main dish level, no doubt!

Have a great Reveal Day!

SO pretty and So colourful – these look and sounds so tasty – a FAB pick for SRC this month! Karen

This sounds amazing! What a fantastic fall dish with great flavors.