Every holiday comes with it’s own blend of specialty candies. However, it always seems like fall has the best variations. Even though I don’t favor Milky Way candy bars normally, when I saw this season’s caramel apple version I had to pick them up. But it took until now to figure out what to make with these fun treats. Why not stuff them into cinnamon rolls? 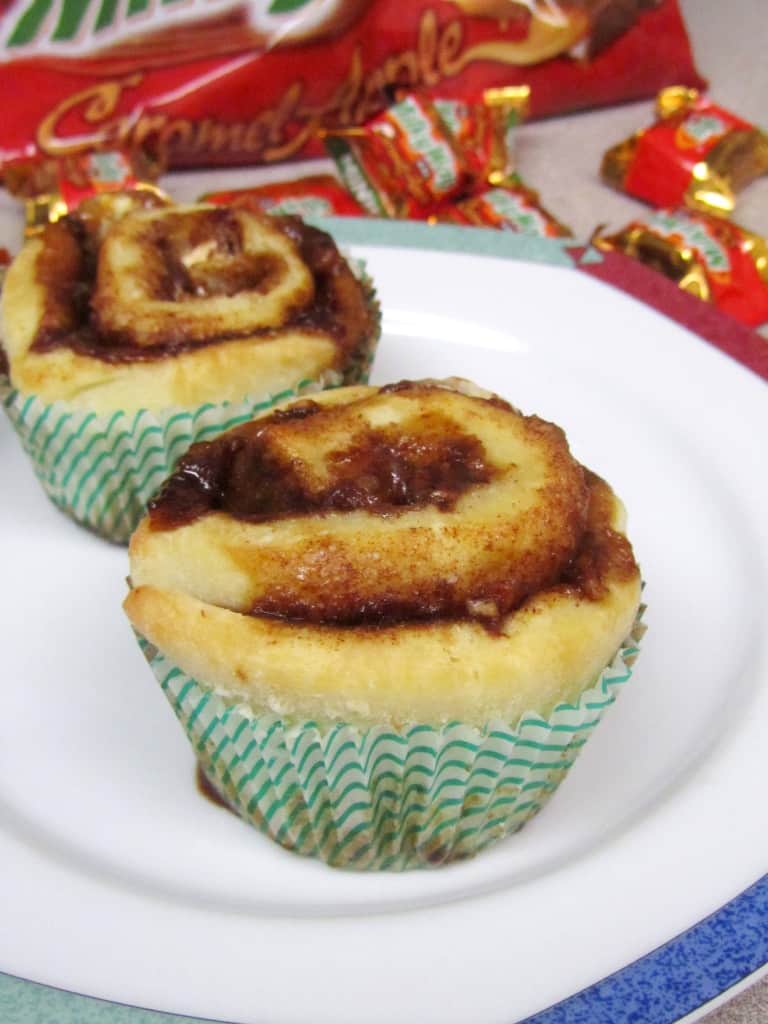 I wasn’t fully convinced on the apple flavor of the candies when I tried one by itself, so I went ahead and added in some real apple into the rolls as well. And then topped them off with a caramel glaze. It may still be reaching into 80 degree weather here, but it certainly tastes like fall with these cinnamon roll cupcakes. 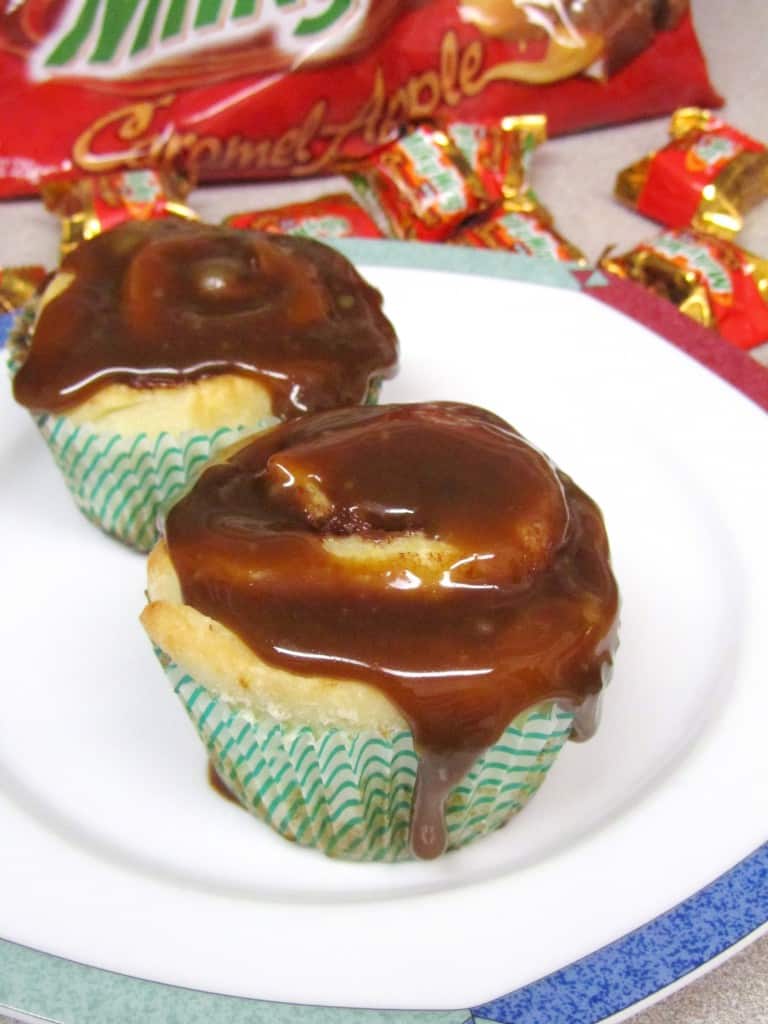 While making these, I was almost certain I had killed the yeast with milk that was too hot, because it didn’t look like it was rising much. In the end they came out just fine! I really enjoyed these as individually portioned cupcakes too, but you could easily throw them all into a pan together like traditional cinnamon rolls. Also, I halved these from the original recipe, so feel free to double it back for a larger crowd! 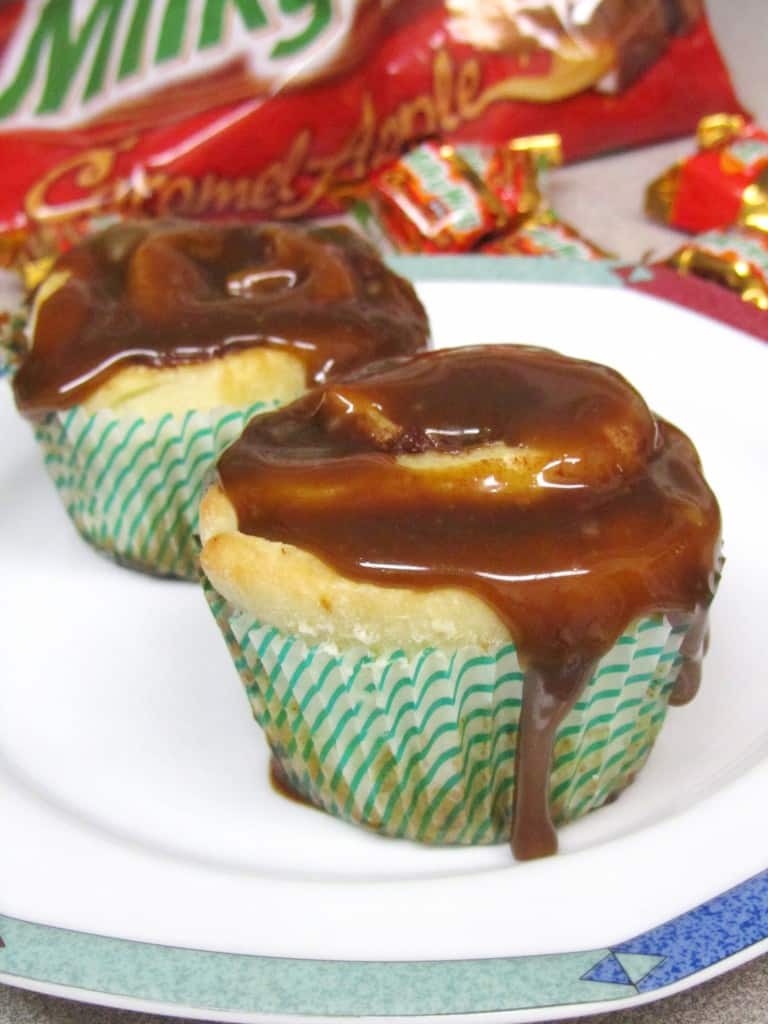 Source: Rolls adapted slightly from Pass the Sushi. Topping adapted from Confessions of a Cookbook Queen.

Those are adorable and a wonderful idea! I love the look of the topping. It’s making my mouth water!

Oh wow, are you kidding me with these?? That glaze just dripping down the side is killing me. I need to try these asap!

Holy cow, yes! These are amazing!

Oh wow, two of my favorites all in one – looks fabulous!

These look gorgeous! I actually just bookmarked a cinnamon roll cupcake yesterday – now i *really* want to give ’em a try!

Oh my gosh. These sound incredible! I wish we had Milky Way over here. Although I guess it’s kind of a blessing that we don’t. :)

You can totally make these without. You could use chocolate chips and drizzle in some caramel in place of the candies. Or just use more apple!

I’ve never seen those Milky Way bars before. What a cool way to use them!

They can be found wherever Halloween candy is sold. At least that’s where I find them at Kroger and Target.

Erin I am COMPLETELY blown away. These cupcakes are gorgeous, so so pretty! That caramel glaze topping – I want to drink it! Or just pour it over everything I eat. These cupcakes are just so adorable. And caramel + apple together is almost as delicious as chocolate + PB! (almost!!!)

Erin. I need these. They look so good!!

WOW! Love the one dose serving! :)

Such a cool idea! I like that each roll is packaged for individual enjoyment. :)