Eight years of recipes and yet these eight recipes remain my go-tos in my recipe arsenal. 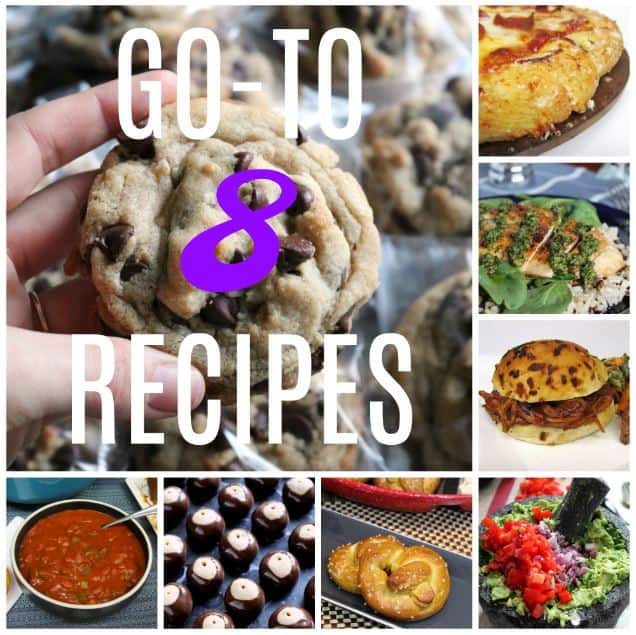 Eight years ago today I hit “publish” on my first blog post! I was so excited to start that I didn’t even share a recipe in that first post. But I’ve long since made up for that by publishing 1,921 times (counting today) in the last 8 years. Obviously not all of those were recipes, sometimes they were travel posts or round-up posts such as today. Maybe I will have to do something for post #2000 as well if I remember to pay attention to that but we shall see. As I’ve shared a lot over the last few months while life is good it certainly is busy and lately stressful but thankfully should have an end point in the near future. Which means that 2 months ago as per usual I realized the coming of another blogiversary, told myself to plan ahead instead of letting it creep up like I do every year, and yet here we are today and I had no plan until I started typing this morning. So I’ve decided to share my 8 go-to recipes that I may have changed up over the years but continue to go back to the originals. 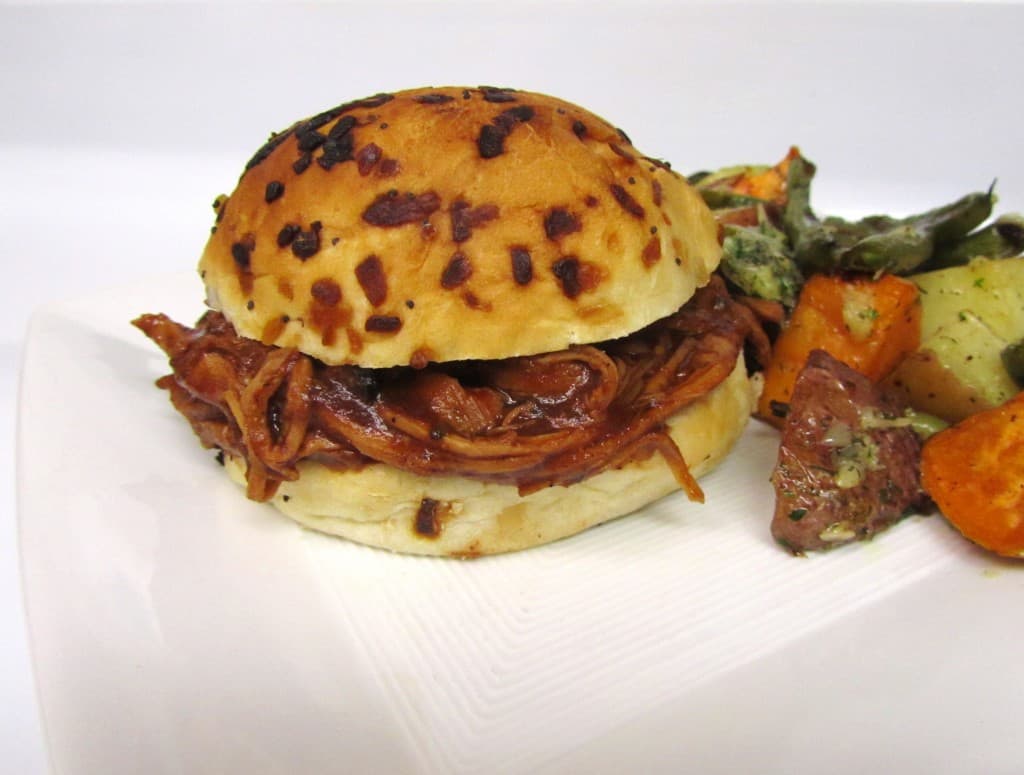 8. Slow Cooker Pulled Pork (2011) – While we did get a smoker this year, we still need to work on perfecting the method so for now the slow cooker is my go-to for creating juicy pulled pork (or chicken or beef). Bob unfortunately admitted to me recently that he is not a fan of using root beer as a liquid in which to cook. This was slightly heart breaking being a root beer obsessed person but I think our marriage will survive that bump in the road. Side note: I’ve been trying to update the photos of all my favorite recipes but clearly I have to to do this one. 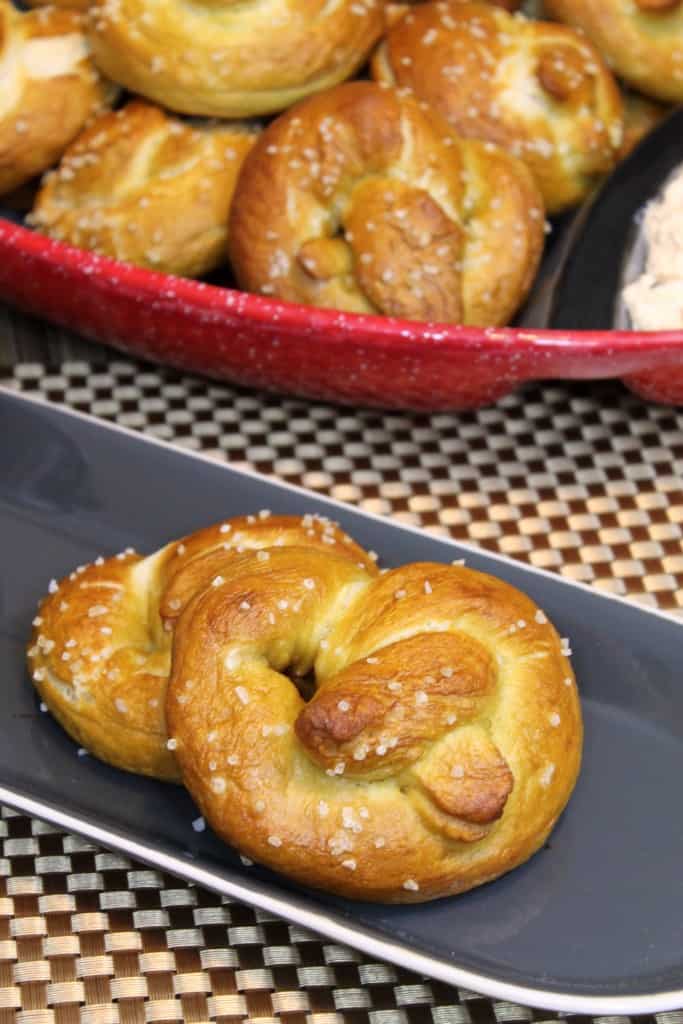 7. Soft Pretzels (2015) – I’ve actually been making this recipe longer than since 2015, heck even longer than I’ve had a blog, it just happens to be when I finally shared it. Bob actually makes these more than I do, and it is a regular item brought to our friend’s fondue party every year. I have made a couple variations but the classic is there for a reason. If I change it up I usually just stick to using beer instead of water. I made a chocolate version once which was fun to try but definitely not going to replace this one. 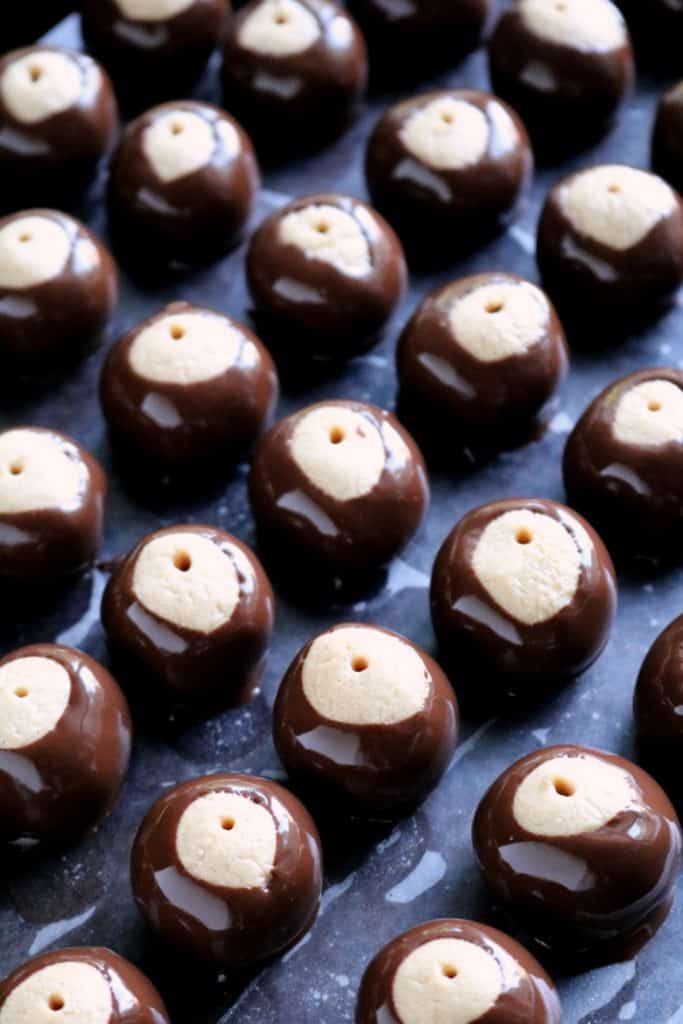 6. Buckeyes (2010) – True I make a different kind of Buckeye every year but as usual the original remains strong. This year I made inside-out buckeyes which I didn’t realize could look a little inappropriate until after I had posted them – oh well they were still delicious! But I’ve also made everything from white chocolate, cookie dough, bacon, granola, and even a healthier kind. 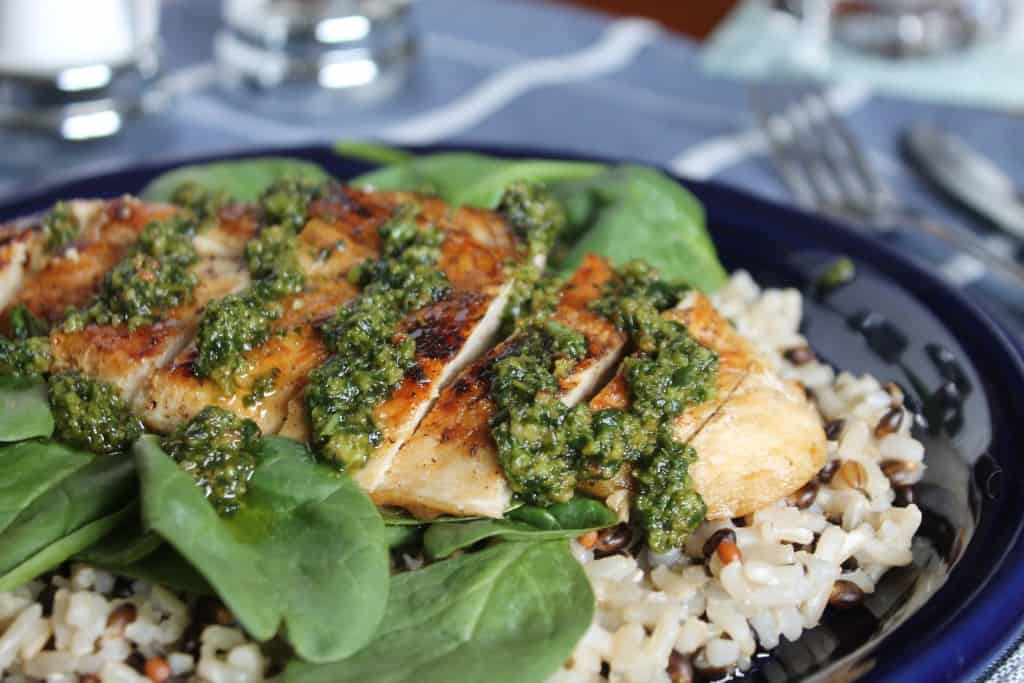 5. Pesto (2011) – As with previously mentioned recipes on this list, while I’ve made different versions my favorite is the classic basil pesto. It’s hard to beat fresh pesto and even better when I get to use basil grown in our garden. And I love putting it on just about everything from chicken, to pizza, and sandwiches to less obvious places such as hummus and burgers. Any recipe I post on here using basil pesto is this recipe (pictured is the pesto chicken with spinach and wild rice). 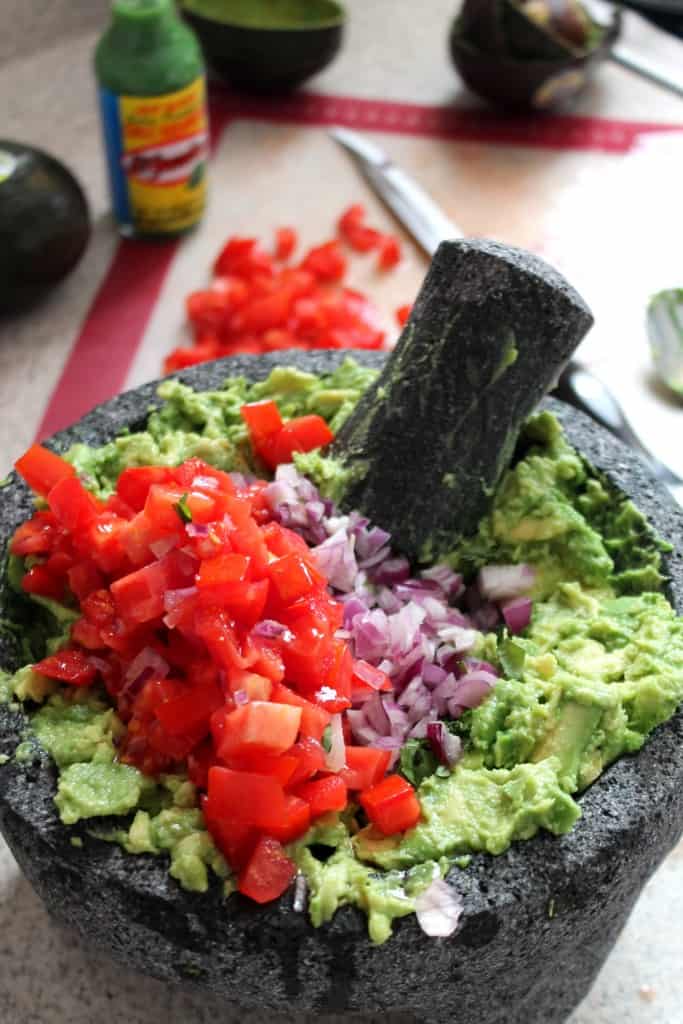 4. Guacamole Seasoning (2012) – People always rave about my homemade guacamole. The secret? Well it’s not really a secret because I tell everyone it’s the seasoning, but not some packet you buy at the store. I add this seasoning to every batch of guacamole I make. The best part is you can easily make a bigger batch of it to have on hand. As for the fresh ingredients, sometimes I stick to just avocado and tomato but often I add red onion and jalapeno as well. I also have a taco seasoning I stick to instead of a store package as well. 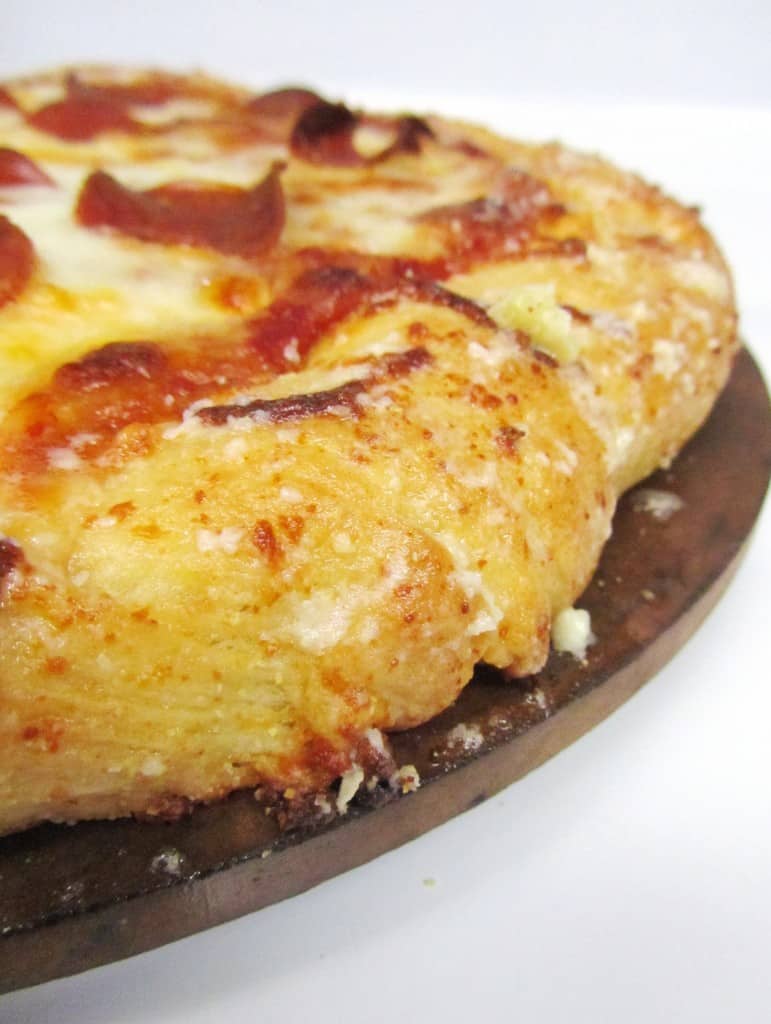 3. Pizza Dough (2011) – I’ve been making this pizza dough since middle school (with slight changes over the years). I was first introduced to the magic of making your own dough in Home Ec, and not long after was having friends over to each make our own which resulted in the creation of pizzas in the shape of monkeys, elephants, flowers, and more. Obviously our creativity did not lie in toppings at the time. Since then I’ve not only experimented with pizza toppings and sauces, but also with the dough itself. From obvious versions such as whole wheat or thin crust to more imaginative like Greek yogurt and pumpkin. Heck I’ve even made stromboli too. 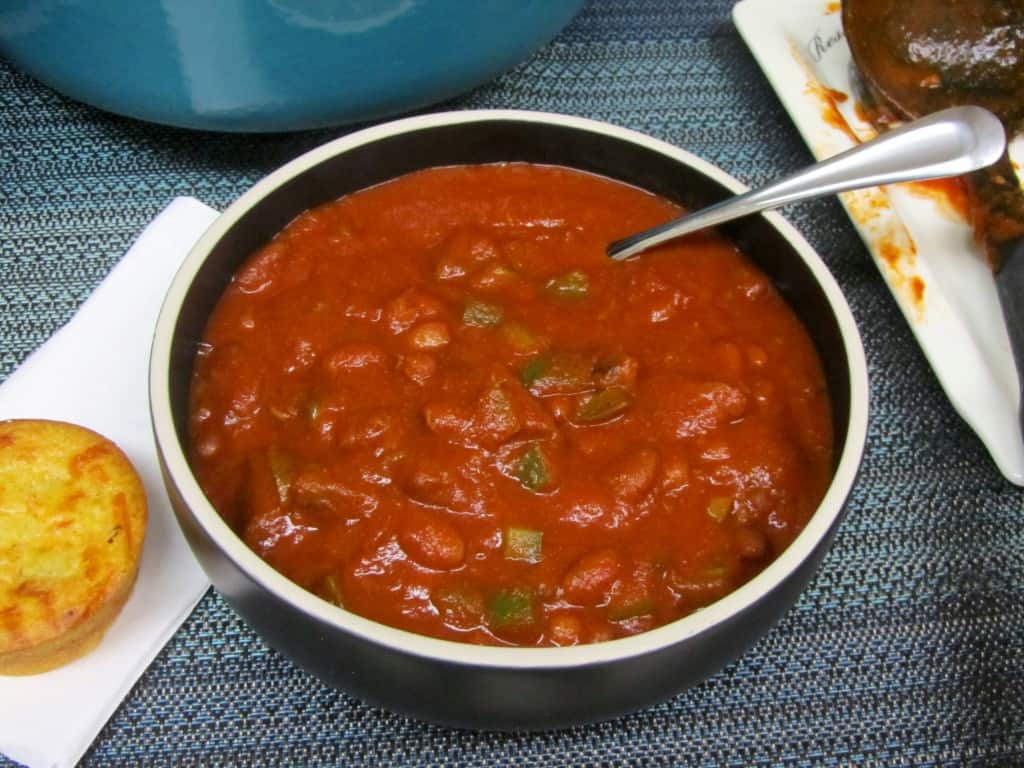 2. Pickleball Chili (2013 / Dad’s Chili 2011)- Why on earth is this chili named after a miniature version of tennis combined with a larger scale version of table tennis? My dad was o an award winning chili cooking team when we lived in Texas and over the years has continued to tinker with it (all the while still winning less pretigious cook-offs submitted by both my dad and myself). This version is the most recent which he made for a cook-off with his pickleball crew. For the longest time I refused to make any drastic adaptations to do but I finally cracked and made some creative versions of my own. However this classic is always my favorite. I need to remember to take new photos the next time I make it as well. 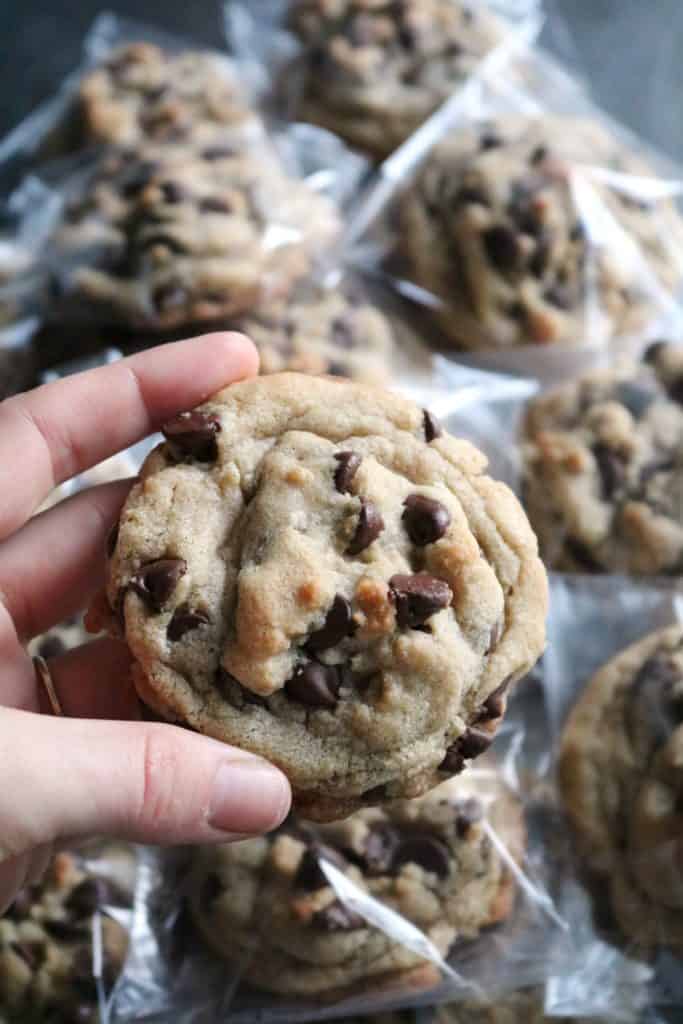 1. My Favorite Chewy Chocolate Chip Cookies (2013 / Big, Fat, Chewy Multichip Cookies 2010) – It should come as no surprise that, even though I make a point to let people know that my blog is more than just dessert, my most used and adapted recipe is for cookies. It’s my favorite after all so why not use it as the base for all other cookie ideas I come up with? I even made a separate post that I try to keep up to date with all the variations from which have been created. Sometimes I think I couldn’t possibly come up with another variation but then I remember I have a list of would-be cookies I’d like to make one day. And then there’s the varieties using my chewy sugar cookie as the base. So many cookies!

One year ago: Buckeye Cheesecake Cake

Eight years ago: And so it begins

Happy blogiversary!!! What a delish 8 years it’s been!

Happy belated blogiversary!! I can definitely see why these would be go-tos–I need to try making buckeyes! (+ yay for pesto and pizza dough! <3)

Thanks Farrah! It was difficult narrowing it down to just 8!

Congrats on 8 years! :)
Pesto is KEY. Thanks for sharing!

Thanks so much Mollie!

Congratulations on 8 years! I’m blown away by the amount of creativity one must maintain to do a unique food blog for that long. I’m looking froward to seeing what the future brings.

Thanks Susan! It can definitely be hard at time and sometimes forget what I’ve made in the past and have had near duplicates without realizing it before.