This root beer float is just for adults with the addition of RumChata. Crank it up even more by making it with a hard root beer. 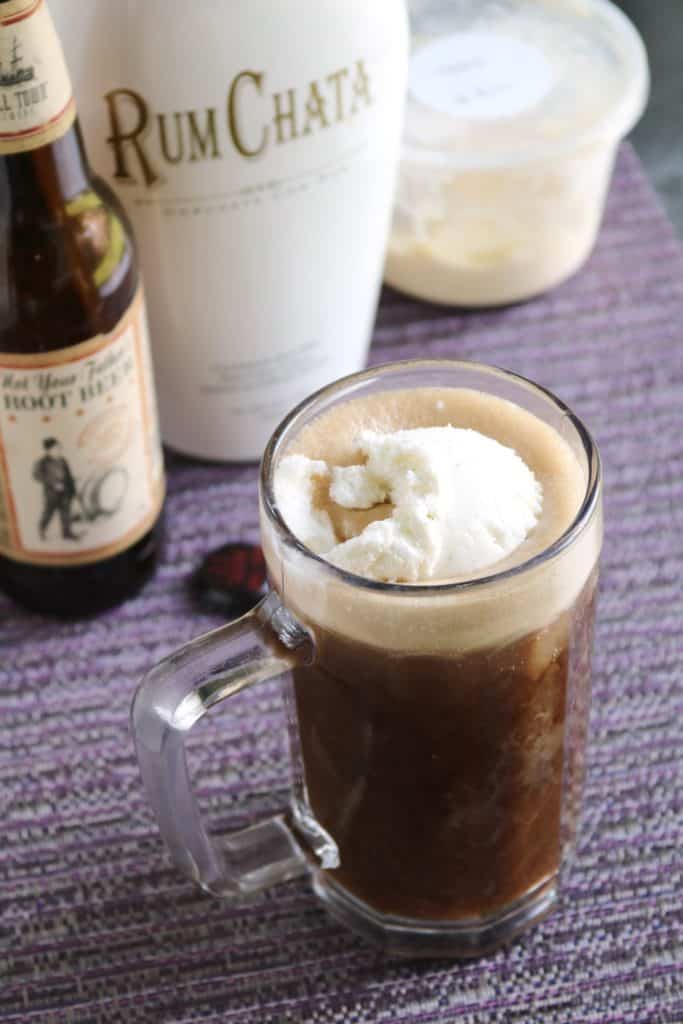 IT’S NATIONAL ROOT BEER FLOAT DAY! But I have a confession… I am not the biggest fan of floats and prefer my root beer straight, no ice. Even stranger still is that I actually do like root beer float flavored things (like pancakes, ice cream, brownies, and cookies). I don’t make sense sometimes, okay? That’s not to say I did not like this float, it’s just that I love root beer so much I prefer to experience it in it’s natural form. I’ve heard I’m not alone in their weirdness and that other root beer connoisseurs (evidently there’s enough of us to be lumped into a stereotype) also have similar preferences, especially the no ice part. But unfortunately there’s only a root beer float day, no day just for root beer. But I digress. Enjoy a root beer float with a little extra cream in the form of a shot of Rumchata. This boozy float isn’t much different than the Irish cream version I shared a couple years ago but felt the need to share it with the world anyway.

This sounds so awesome. Would you believe that I’ve never tried RumChata?

This may have been my first time honestly.