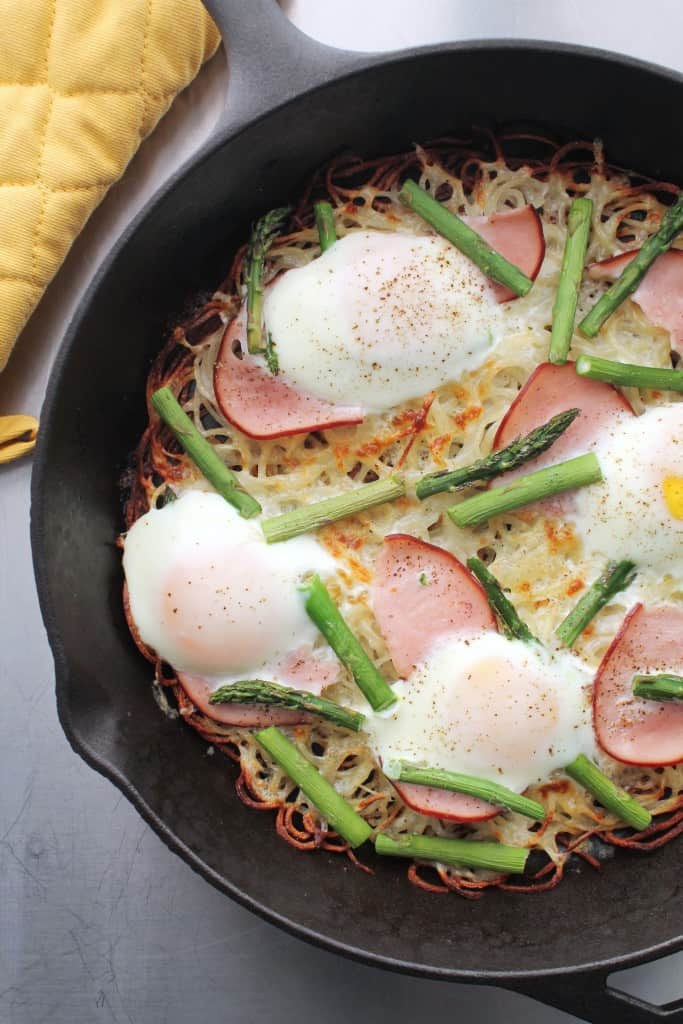 When it comes to Easter meals, do you do the traditional dinner with ham or do you stick to brunch instead? Growing up my family always did the ham dinner but I was converted to a bruncher in grad school because a friend hosted every year. However, this year I will be reverting back for a moment and will be cooking some good ol’ ham. 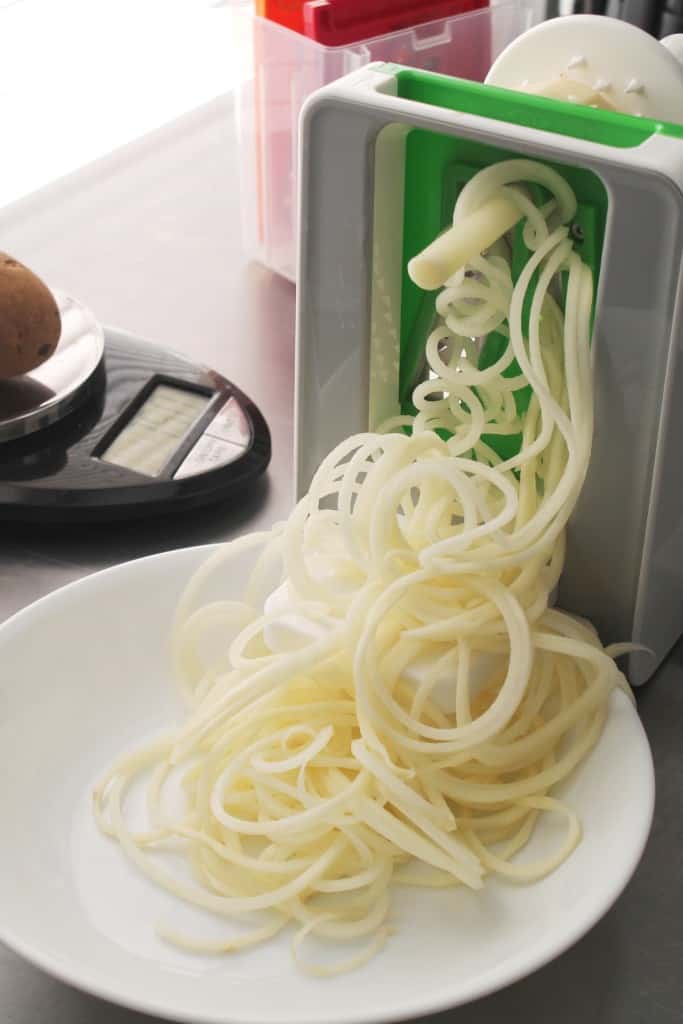 But in the meantime, I had to get out some of my brunching ideas! My latest idea was brought on by the discovery that OXO now makes their very own Spiralizer. The first thing I decided to make was a breakfast pizza with a crust made from fried, spiralized potatoes. Top it with cheese, Canadian bacon, asparagus, eggs, and then serve it up with an easy hollandaise sauce! 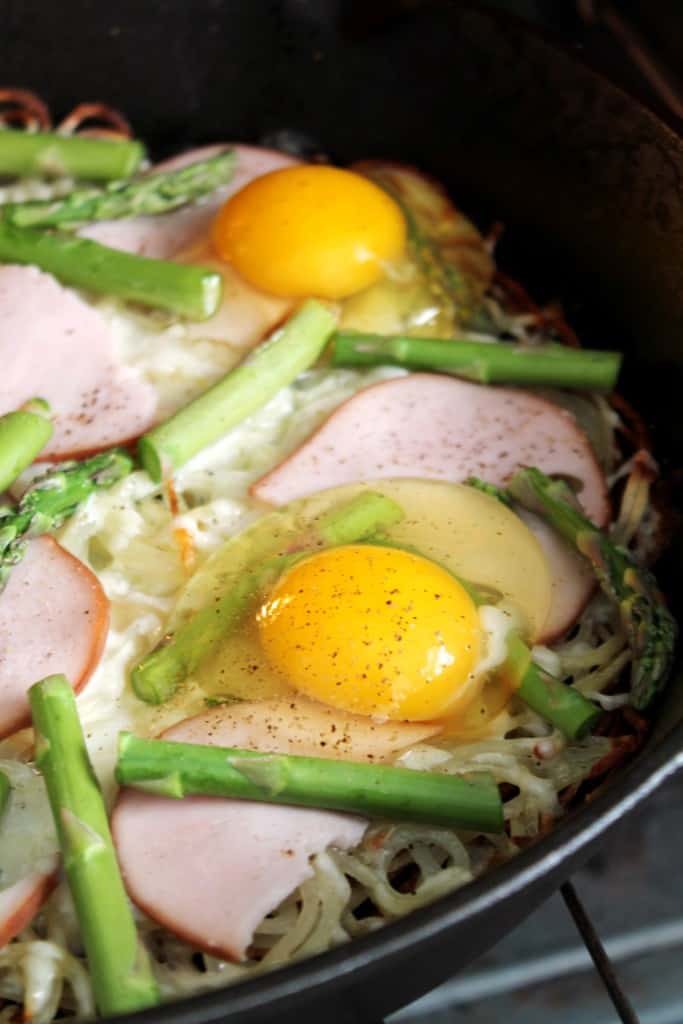 I actually do still intend on cooking brunch this weekend as Bob’s parents are coming into town for the holiday, but brunch is on Saturday instead of Sunday since I’m already cooking dinner that day. We will probably check out the Farmer’s Market afterwards to pick up ingredients for the big meal and then maybe the zoo if it’s not too crowded. Maybe a jazz show, who knows! What are your plans for the holiday weekend? 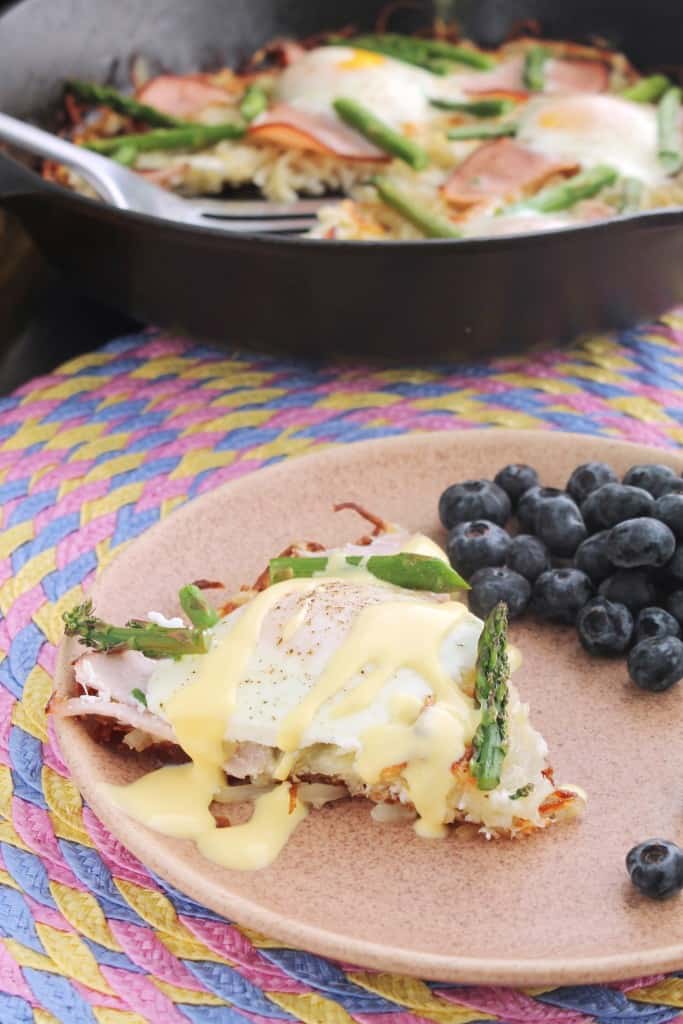 Items you may need (affiliate links):

Disclosure: I was provided with complimentary product from OXO but was not otherwise compensated for this post. All thoughts and opinions are my own.

I want this so badly. I love eggs benedict!!!

I love the idea of breakfast pizza – it looks delicious!

This is stunning, I love the crispy potatoes with the soft eggs, I want this for dinner tonight heart emoticon

OH JEEBUS this looks incredible. It has elements of pizza, eggs benedict, and crispy potatoes…there is nothing missing.

So basically you can eat it any time of day ;-)