Jump on the chalkboarding trend and turn an old or cheap cookie sheet into a fun chalkboard. Use as a serving tray, menu, or whatever strikes your fancy! 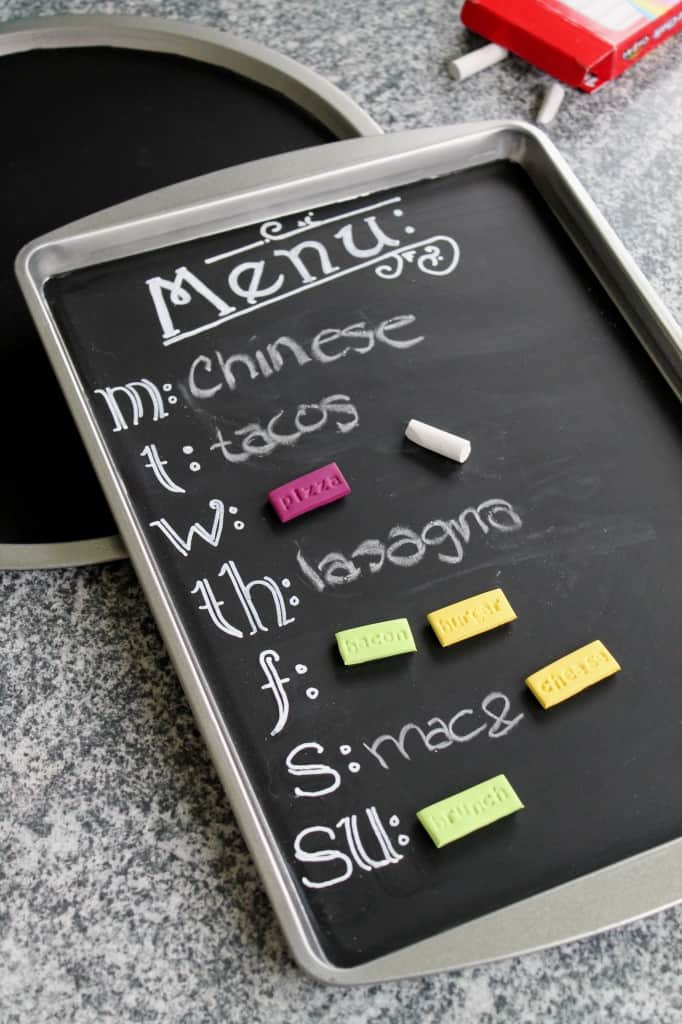 A Saturday post without any Ohio State football game? What is this nonsense? Since #PBChocSat has been retired until next season I’ve decided to share some of my recent DIY projects and I’m going to call it #Crafterday! (Making up hash tags is what all the cool people are doing.) With my impending move I have started attacking a bunch of DIY projects that I have been wanting to do for quite some time, because crafting is obviously more productive than packing…? 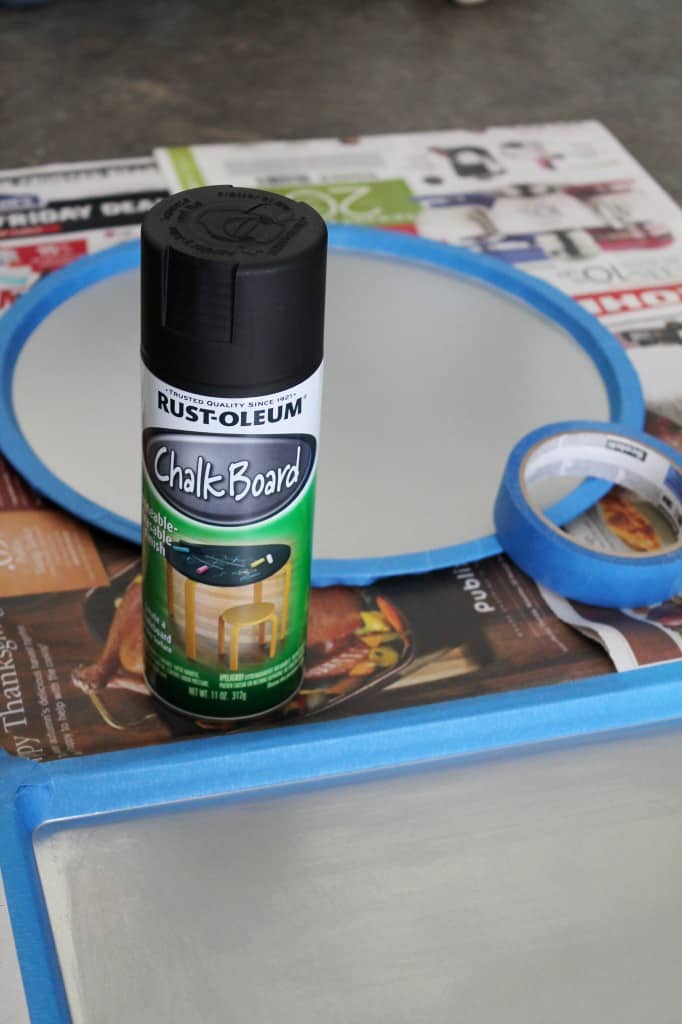 The first thing I did was jump on the chalkboard paint train and made chalkboards out of cookie and pizza sheets that I found at the dollar store (and even brought a magnet with me to ensure they would stick). After searching the internet to determine whether I needed to prime them first I skipped the primer and instead lightly sanded them. Next I wiped them down to remove any residue or dust and then paint-taped off the area I wanted to paint, making sure there were no creases in the tape (which meant I had to cut little pieces to go around curved edges). 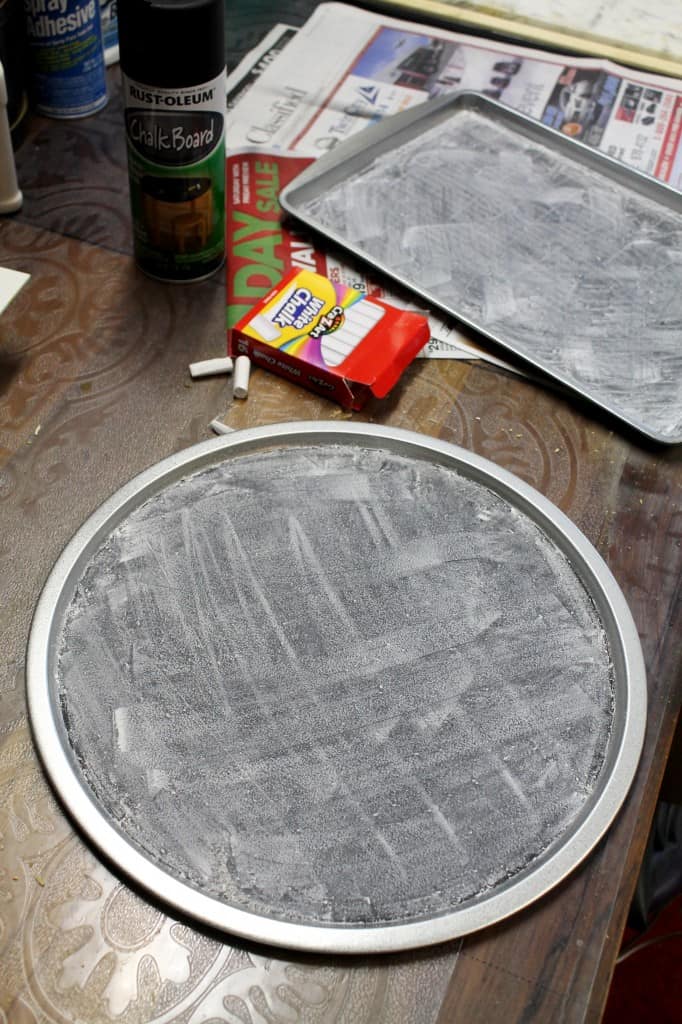 After about 4 coats of Rust-oleum chalk board spray paint and sufficient drying time, I carefully removed the tape and lightly rubbed chalk over the entire surface in order to “season it”. Next, since I wanted to use the cookie sheet one as a menu, I used a white Bistro chalk marker to write “Menu” and the days of the week. The great thing about chalk marker is that it does not rub off but can be removed with water if you want to change it. This way I don’t have to rewrite the title and days every time I erase the food written in chalk. Who’s ready for some meal planning? 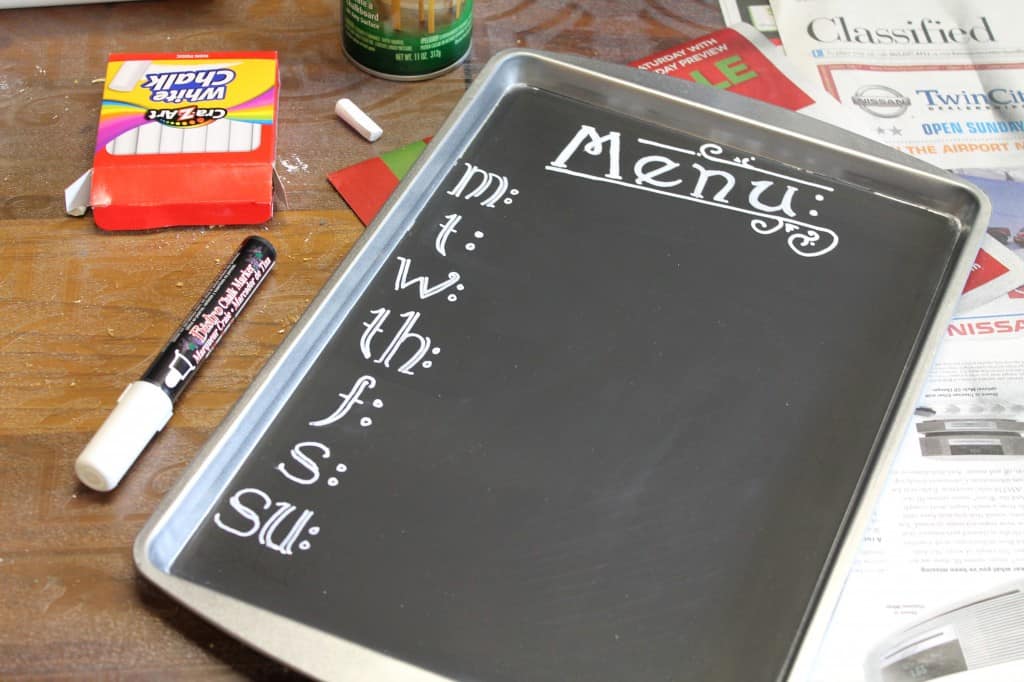 This project spawned another DIY project in the form of word magnets. Find out more in the next #Crafterday post!

P.S. I went to 8 different stores before I found regular white chalk. One sales woman didn’t even know what I was talking about when I asked where to find white chalk. She tried directing me towards the Pharmacy. What!? She was older than me and therefore not young enough to have never seen a chalk board with white chalk in a school room. Craziness.

One year ago: Hazelnut Baci Cupcakes

SO clever!!! Totally linking to this one on my weekly link post.

Weeee, thanks! While I did feel very creative when I first thought of the idea of turning a cookie sheet into a chalkboard, when I Googleed how to apply chalkboard paint to metal it appeared that many have done it before me, haha. Silly internets.