Instead of putting ice cream in your root beer to make a root beer float, put the root beer in your ice cream! Made with root beer creme flavored Oreos and root beer syrup. 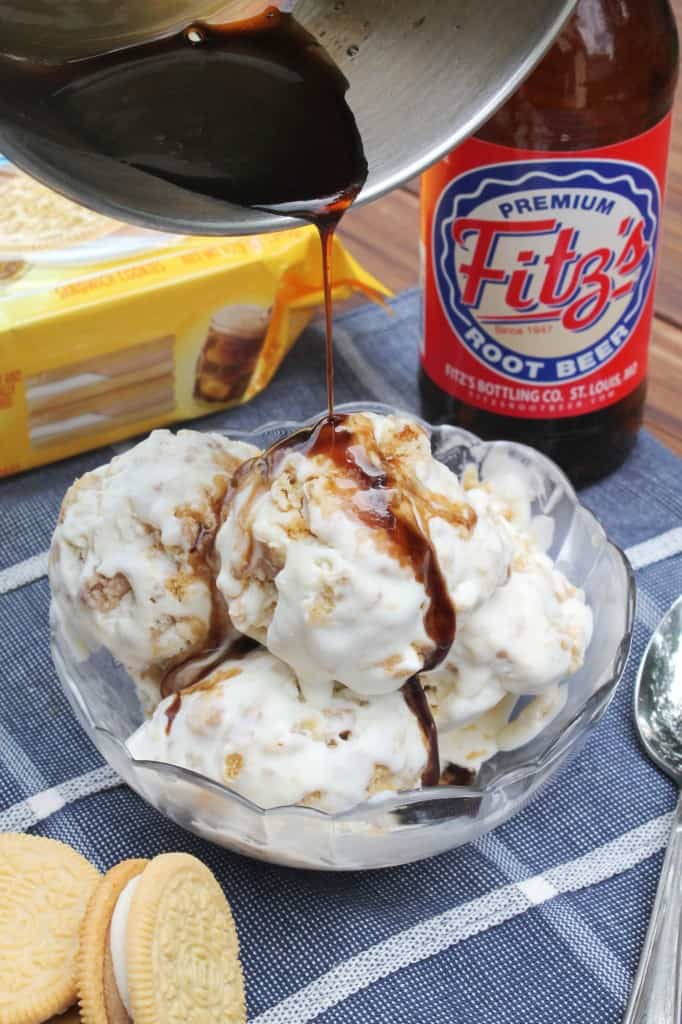 You would think with my root beer obsession that it would also include root beer floats. You would be wrong in this assumption. I prefer root beer to be served in a cold glass, untarnished by any other ingredients. However I have discovered that I do enjoy it cooked into sloppy joes, pulled pork, brownies, and chocolate cake. So when I passed by a display of the newest Oreo flavors I couldn’t resist snatching up a package of the root beer float creme flavored golden Oreos. It took me awhile to decide what to make and ended up throwing them into yet another no-churn ice cream recipe. And guess what? I freaking loved it! Apparently as far as root beer float flavored desserts go, I am sold. I even made a root beer syrup which is just root beer cooked down. Maybe I should revisit an actual root beer float? 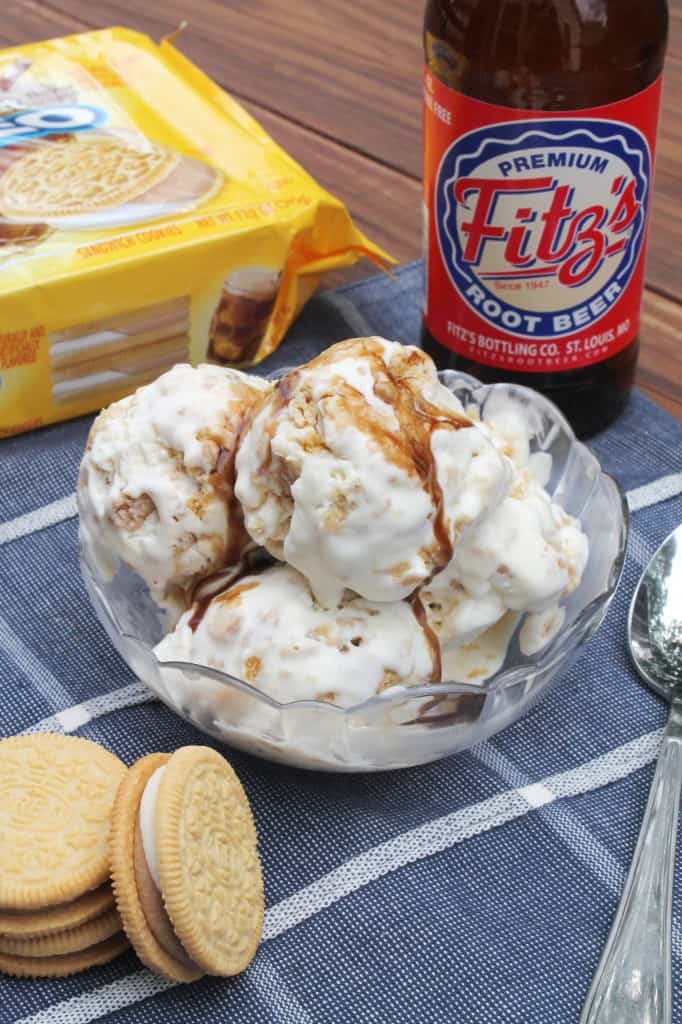 P.S. This recipe was also inspired by my upcoming trip to Seattle with Kita to visit Peabody next month! We’re going on a root beer (and any other spectacular foods we can get our hands on) adventure!

One year ago: Spicy Thai Noodles with Tofu

I just spotted them at the store recently, maybe they haven’t made their way to your area yet. I’ve noticed the flavored Oreos tend to come in waves.

I’m not sure how I feel about root beer creme-stuffed oreos…but I am totally down with this sundae!

The Oreos are pretty good, nothing exciting but I love them in the ice cream!

I’m not a big Root Beer fan, but mixed into an ice cream sundae, I might be converted! What a fun remix of your favorite flavors!

Root beer is my husband’s favorite! It looks super easy and creamy! I bet everyone would love to have a bowl of this delicious ice cream!

First – HOLY MOTHER OF YUUM…. Root Beer Flavoured Cream Oreos … SO COOL!! And second, I agree, I prefer my root beer as cold as possible, without any other ingredients.