When I packed up most of my belongings into a POD, I had all kinds of food and drinks for those who came to help: cookies, pizza, ranch pretzels, candy, juice, pop (yes pop), and liquor. Drinking liquor while moving heavy boxes and furniture is a fantastic idea, isn’t it? Okay maybe not large quantities of it but I did have several more than half-empty bottles of liquor that I was in no mood to put in a box and move, so I told my my friends to drink up or at least take it with them when they left. 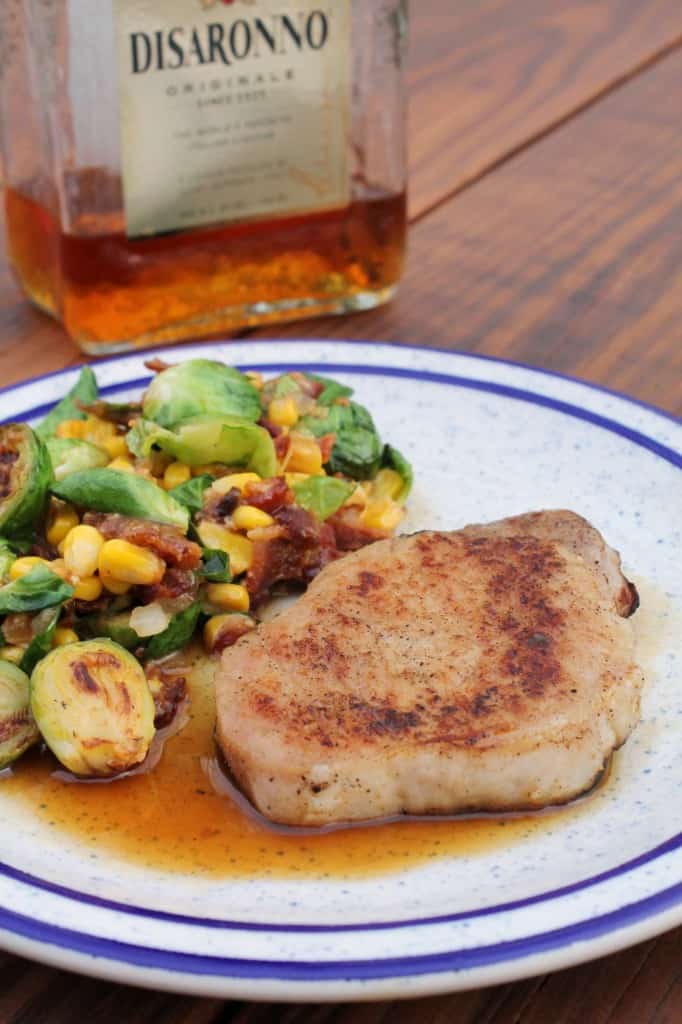 There were however a couple select bottles that I did keep and brought them with me. Such as a new bottle of Patron silver, several bottles of wine, and the remnants of Disaronno. Now, my parents do not drink alcohol except on the rare occasion but that didn’t stop me from getting excited by the idea of making pork chops with an amaretto glaze. 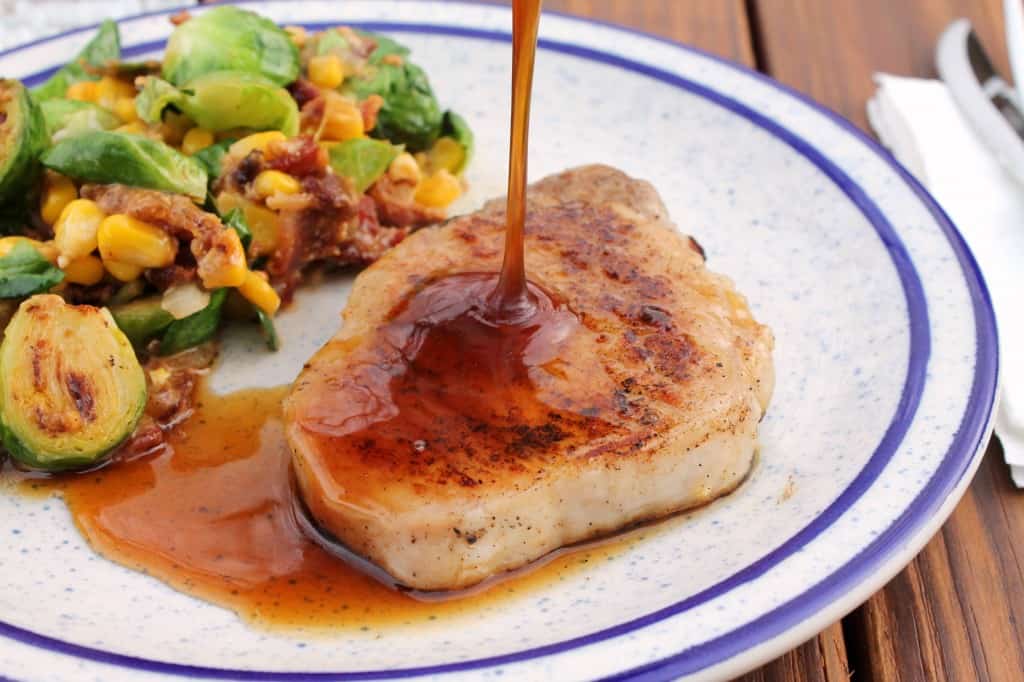 It’s been a long time since I’ve cooked pork chops, but these were the most tender and juicy pork chops I have ever had. I’m not sure if it was pounding the crap out of them with a meat mallet that did it or the cooking method, but either way they were fantastic. And in case you didn’t think it could possibly get any better, they were also smothered in a amaretto-maple glaze. Winner winner pork chop dinner. 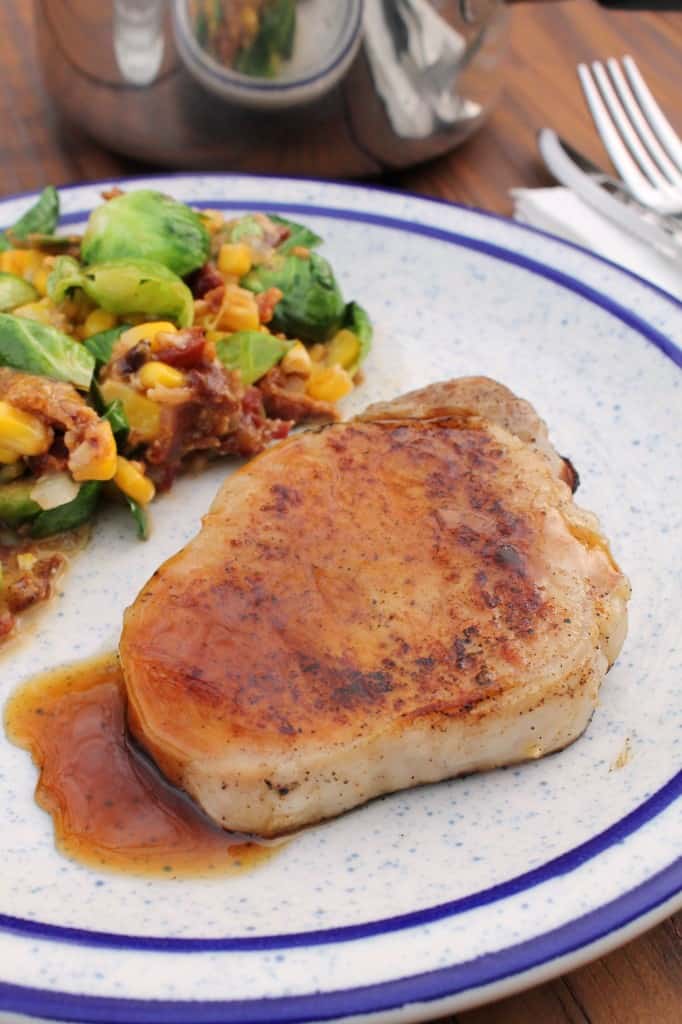 Source: Adapted slightly from How Sweet It Is.

Ohh, I have to try this recipe!

We’ve had a bottle of amaretto sitting around for a lONG time now…definitely need to turn it into this glaze!

If you don’t want to drink your alcohol, then eat it ;-)

You make me wish I eat pork!! But I am sure this will be great with chicken too :)

Looks so yummy!! Will definitely try…where can I find the recipe for the brussel sprouts? They look awesome too!!!

Thank you! The brussels recipe will be posted on Wednesday. If you cannot wait, let me know and I’ll e-mail it to you haha.

Awesome! Thank you so much! Will check it out on Wednesday!!

I LOVE amaretto – can’t wait to try this!

Ohh these look like a great excuse to buy some liquor! Pork chops are fantastic and I seriously always forget to make them! YUM!